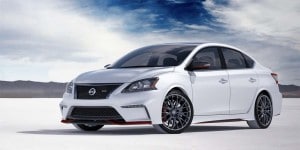 Good news for automakers in February: U.S. consumers still wanted to buy new cars, trucks and sport-utility vehicles despite the frigid weather conditions that prevailed across much of the country. Most automakers reporting sales early today managed to post modest sales increases for the month of February.

General Motors, FCA US, Toyota, Nissan and Infiniti all reported sales increases while Ford announced modest 2% drop in sales and the Volkswagen brand saw its sales drop by 5%

Reid Bigland, head of U.S. Sales for FCA, said Chrysler, Jeep, and Ram Truck brands each posted year-over-year sales gains in February as FCA sales increased 6% compared with the same month a year ago. The Jeep brand’s 21% increase was the largest sales gain of any FCA US brand during the month and its best February sales ever. The group extended its streak of year-over-year sales gains to 59 consecutive months.

“In spite of snow and bitter cold that slowed auto sales in many regions of the country, FCA US still turned in a 6% sales increase and extended our year-over-year sales streak to 59 consecutive months,” Bigland said. “Even with tougher year-over-year sales comparisons in 2015, our vehicle lineup continues to produce record sales results.” 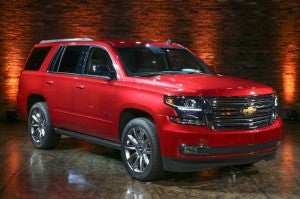 Sales of GM's trucks, including SUVs, vans and pickups, were up 36% year-over-year in February.

GM’s total sales were up 4% compared to a year ago. Retail sales were up 1%. Commercial and fleet deliveries were up 12%. Sales of trucks, including SUVs, vans and pickups, were up 36% year-over-year, according to Kurt McNeil, U.S. vice president of U.S. sales operations.

“Our new SUVs and crossovers, combined with the three-pickup strategy we outlined more than a year ago are dovetailing perfectly with the growing U.S. economy and a stronger job growth,” McNeil noted.

Toyota, which benefitted from its strong position on the West Coast where the adverse weather was less of a factor, posted a 13% increase in sales.

“The auto industry is off to its best start since 2007 as truck demand continues to rise,” said Bill Fay, Toyota division group vice president and general manager. “Sales of Toyota light trucks and SUVs, led by RAV4, set a new February record.”

Ford dropped 2% from a year ago as its passenger car line suffered from the continuing shift towards trucks and utility vehicles.

F-Series retail sales increased 7%, as the all-new F-150 remains one of Ford’s fastest-turning vehicles on dealer lots. The training of employees in the new manufacturing process at Kansas City Assembly Plant – the second plant building the new F-150 – is now under way, with production scheduled to begin this month, as planned.

Transit drove a 30% increase in total Ford van sales of 13,936 vehicles for the month, including E-Series and Transit Connect. This marks Ford’s best February van sales performance since 2007.

Mustang sales increased 32% with 8,454 vehicles sold – representing its best February sales since 2007 and making it the best-selling sports car in America since the launch of the all-new model last fall.

(Click Here for details about VW’s plans to be a tech leader.)

Nissan Group said its total U.S. sales for February 2015 were 118,436 units, up 2.7% year-over-year and a February record. However, it was Infiniti that helped drive sales. The luxury unit reported a 19.2% jump last month. Nissan division also posted an increase of 1.1%, which set a February record.

TrueCar, the West Coast-based buying service, estimates sales of new cars and light trucks expanded 8.5 percent last month, reaching the best February volume since 2002. The average transaction price for light vehicles was $32,245, up 2.8% over a year ago, while average incentive spending per unit decreased by $79 to $2,623. The ratio of incentive spending to ATP was 8.1%, contracting from 8.6% versus the prior year.

(To see more about the VW Passat winning European Car of the Year, Click Here.)