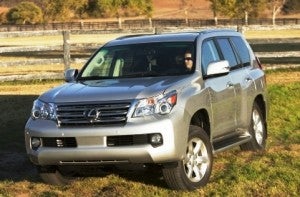 Lexus was the top-ranked brand, while the Lexus GX was tops in its Midsize Premium segment.

For the fourth consecutive year, Lexus leads the industry in terms of longer-term vehicle reliability, according to a new study by J.D. Power and Associates.

But Detroit brands, notably General Motors’ Buick, also managed to crack the industry’s Top 10 in Power’s 2015 Vehicle Dependability Study, or VDS. The downside is that automakers, on the whole, are facing increased problems with their Bluetooth, navigation and other high-tech systems – often because of designed-in issues.

Manufacturers can win over buyers with the latest technology, but lose them when those systems don’t work, said Renee Stephens, Powers’ vice president of U.S. automotive research. “Owners,” she added, “view in-vehicle technology issues as significant problems, and they typically don’t go away after the ownership honeymoon period is over.”

The new Power study found that traditional, mechanical issues still give owners headaches. Exterior problems topped the list in the 2015 study, with powertrain issues – such as a faulty transmission – second on the list. But infotainment-related problems were third, according to the new VDS.

(Click Here to check out all the hot news and new products at the 2015 Chicago Auto Show.)

The 2015 VDS was significantly redesigned, Stephens noted during a background briefing before today’s release, with an emphasis on designed-in problems. And the findings supported that move, revealing that even as manufacturers add more technology, they are creating more headaches for owners.

“Design issues were slightly more troubling than (traditional) defects and malfunctions,” she stressed.

There was an overall increase in the number of problems reported by the nearly 35,000 customers who participated in this year’s study. But the redesign makes it difficult to do an apples-to-apples comparison with prior Vehicle Dependability Studies, Stephens cautioned.

What carries over is the fact that Lexus once again leads the industry. Owners reported an average 89 problems for every 100 of the maker’s vehicles in service after three years, compared to an industry every of 147 problems per 100, or PPH. That echoes the findings of the latest Consumer Reports automotive report card. Released on Tuesday, it put Lexus on the top, as well.

Both the VDS and Consumer Reports studies also showed a significant surge in the performance of the long-struggling Buick brand. It was in the Top Five, according to the non-profit publication, while Buick was second only to Lexus in the Power study, with an average 110 PPH.

General Motors had three brands, in fact, among Power’s Top 10, with Cadillac ranked fourth and Chevrolet in the 10th slot.

The only other domestic brand to crack the Top 10 was Lincoln. It’s more mainstream sibling, the Ford brand, lagged well behind the industry average, however, with 188 problems per 100.

(Click Here for the list of top models and brands in the Consumer Reports auto report card.)

The third domestic maker, Chrysler, fared among the worst, with Jeep, Dodge and Chrysler below average, and its Italian Fiat marque coming in last among 32 brands with an average 273 problems per 100. Only the maker’s Ram truck brand beat the industry average with 134 PPH.

Two other European marques sank near the bottom, British brands Mini and Land Rover. At the other extreme, Porsche was the top-ranked European maker, in the sixth slot, with Mercedes-Benz in eighth.

Honda rounded out the Top 10, its luxury division Acura coming in 12th.

Toyota led in two of the 19 product categories, as did Lexus and Mercedes-Benz. Honda, Nissan, Kia and Buick led one segment each.

Dependability is an important factor for consumers, noted Power’s VP Stephens. Owners who report having no problems with their vehicles after three years are generally the most loyal, 56% returning to the same brand when it’s time to trade in. That drops to 43% for those who’ve had three or more reported problems. 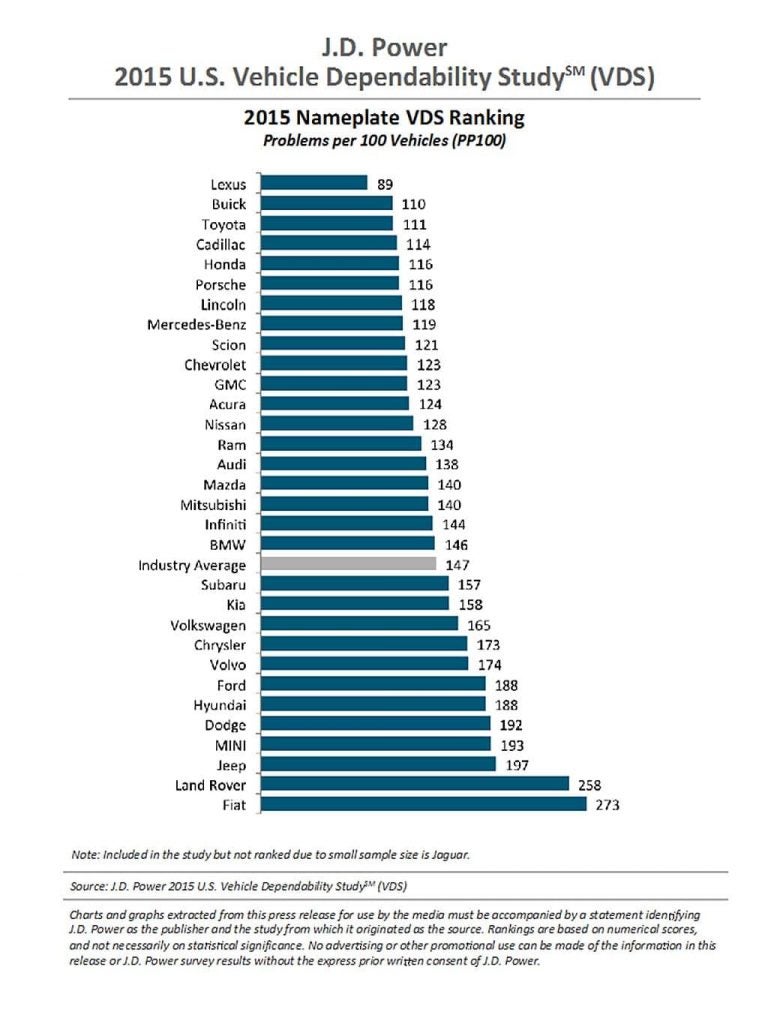 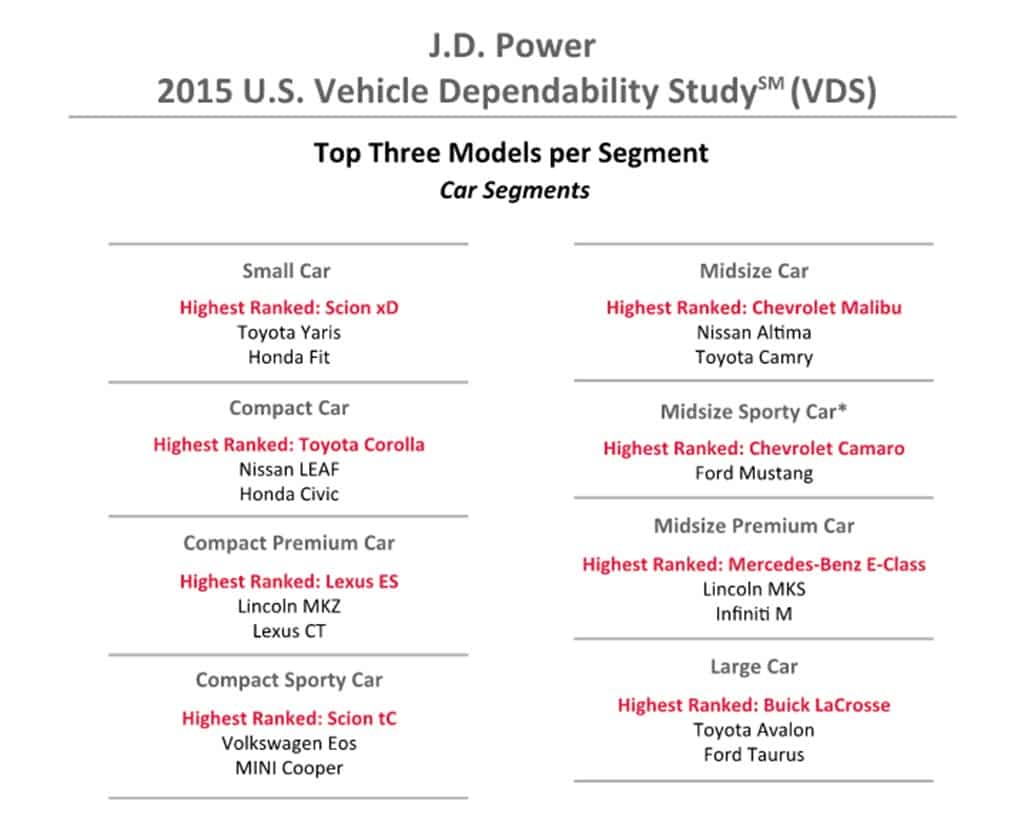 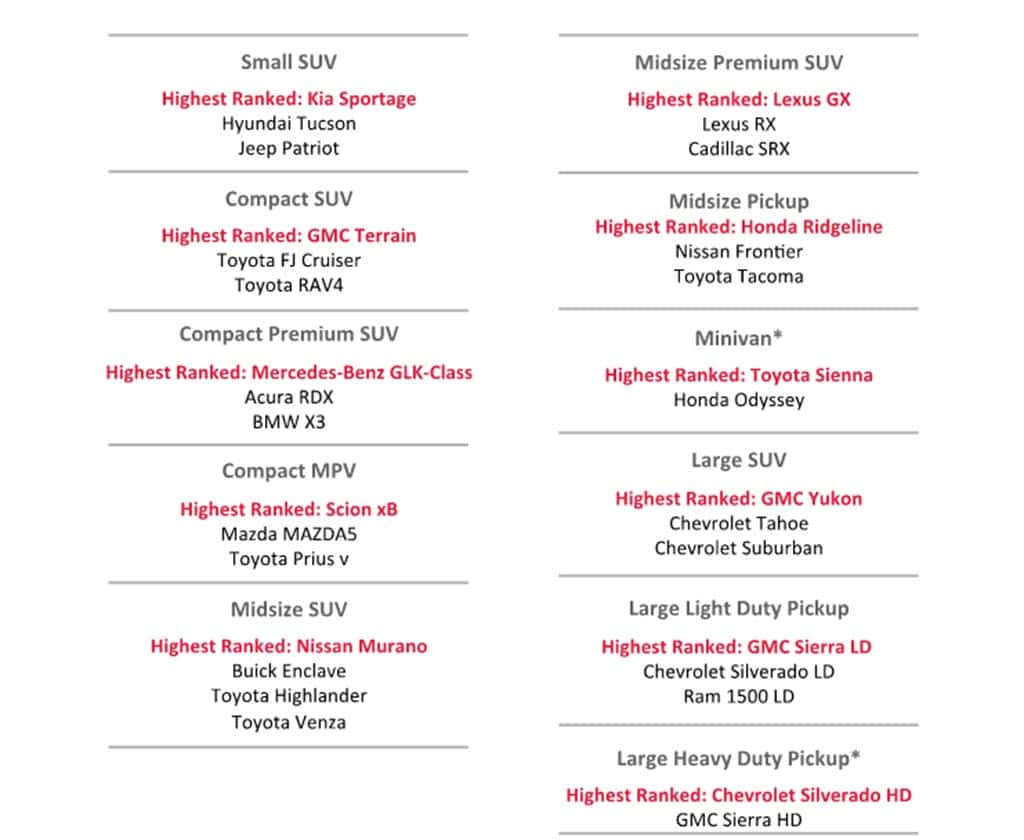