Conventional Gas-Powered Cars Will Be in Minority by 2017 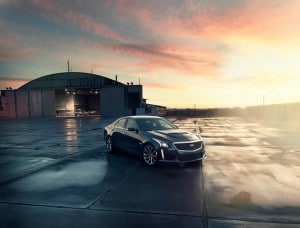 Even Cadillac may opt for an alternate approach when it launches its Gen-4 CTS-V.

With gas prices down to less than $2.00 at a growing number of pumps around the country, a growing number of American motorists have been flocking back to showrooms for pickups, SUVs and muscle cars. Yet, despite that sudden surge, the days of the classic V-8 and V-6 may be coming to an end.

In fact, a new study suggests that less than half of the vehicles that will be sold around the world by 2017 will be powered by conventional gasoline engines. Alternative fuels, electrified vehicles and more advanced internal combustion systems will make up the majority of the global mix, according to a new report from Navigant Research.

And the pace of that transition will only accelerate in the years ahead. Even in the U.S., tough new fuel economy standards set to go into effect by 2025 will force major changes under the hood, industry insiders concur.

“There is no single technology that will dominate fuel efficiency improvements…through 2025,” forecast David Alexander, senior research analyst with Navigant Research. “The focus, instead, will be on incremental improvements in engines and transmissions, along with weight reduction in as many places as possible.”

(Unexpected plunge in fuel prices puts cash back in consumer pockets. Click Here for the latest.)

Alternative fuels have begun gaining ground in some markets. Diesel accounts for nearly half of all vehicles sold in Europe, for example. Ethanol is a major factor in the big Brazilian market – though it has gained only modest traction in the U.S.

Hydrogen, meanwhile, could prove to be a major factor, though adoption is likely to start slowly due to the classic chicken-and-egg syndrome. There’s little demand for the super-clean fuel since there are few places for motorists to fill up. But increased vehicle production is expected to boost the availability of the fuel. Hyundai began selling a hydrogen fuel-cell version of it Tucson SUV last summer, and Toyota is launching its new Mirai model this month. Honda will add a hydrogen car of its own in 2016.

A small but growing number of buyers have plugged into electrification – though hybrids, plug-ins and pure battery-electric vehicles still account for less than 5% of the U.S. market. But demand is expected to grow. Regulators in China are taking aggressive steps to promote electric vehicles, as are some European cities.

(BMW i3 named “Green Car of the Year.” Click Here to see what products it beat out.)

That said, a summary of the new Navigant report notes that, “gasoline is anticipated to remain the leading fuel in the coming years, albeit in unconventional vehicles that employ a range of fuel-efficiency technologies, such as smaller engines and turbocharging.”

So-called “micro-hybrids” are expected to become particularly common. These offer such fuel-saving technologies as stop-start, where their internal combustion engines automatically shut off, rather than idling at a stoplight, for example. They automatically restart when the driver’s foot lifts off the brake pedal.

Other technologies are transforming even conventional gasoline engines into much more advanced propulsion systems. Turbocharging is highlighted in the Navigant report. It allows manufacturers to replace big V-8s and V-6s with significantly smaller-displacement – and more fuel-efficient – engines.

Even high-performance cars may adopt very different powertrain technologies in the coming years. Ferrari’s flagship La Ferrari, for one, uses a hybrid system developed for the Formula One racing series, while Porsche’s 918 Spyder uses a plug-in hybrid driveline.

Next month, Cadillac will formally unveil its new, 640-horsepower CTS-V model at the Detroit Auto Show. But the maker is already working on an updated version and migrating from a big, supercharged V-8 to a smaller hybrid system “is in the discussion stage,” chief engineer Tony Roma told TheDetroitBureau.com. There are some “intriguing technologies” that would allow the next-generation CTS-V make even more power while boosting fuel economy, he explained.

So, while 58% of the vehicles sold in 2025 will continue to rely on some form of internal combustion, according to the Navigant study, only a minority will rely on conventional gasoline power. A growing number will opt for either alternative fuels or advanced technologies designed to squeeze far more mileage out of every drop of gas.