$25 cards will be activated after ignition switch repairs are completed. 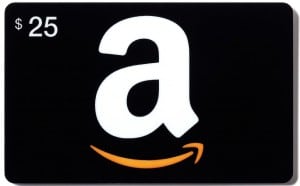 General Motors is using $25 gift cards from Amazon and other retailers to lure owners of recalled vehicles into dealers to complete repairs.

With at least 30 deaths now attributed to a defective ignition switch in more than 2 million General Motors vehicles sold in the U.S., you might think owners would race to get the deadly problem fixed as soon as possible. In fact, despite a widely publicized recall, only slightly more than half of the owners have yet dealt with the problem.

Some have delayed because of an initial shortage of replacement parts. But it is normal, according to federal data, for a sizable share of motorists to ignore recall notices for even the most deadly defects.

Chrysler is struggling with a similar issue. It recalled 2.3 million Jeeps for to install trailer hitches to solve a problem with exposed fuel tanks that may catch fire. Only 119,000 owners have responded to the notices with just 90,000 getting the repairs done. The maker is currently setting up a website to raise the response rate.

To try to raise the repair rate, General Motors is going even further by offering owners some valuable incentives.

That includes $25 gift cards to familiar merchants, including Amazon and Walmart, as well as Starbucks, Red Robin and AMC Movie Theaters. The cards will be activated only after the repair work is completed, the maker explains.

GM originally announced it was recalling 2.6 million vehicles in February, reporting that they were equipped with ignition switches that could inadvertently shift out of the “run” position, causing a vehicle to stall. Worse, if that led to a crash, the airbag system would be disabled.

Initially, the Detroit maker said it knew of 13 deaths linked to the problem. It recently set up a victims’ compensation fund that has so far raised the tally to at least 30 fatalities, a figure expected to grow before it completes its work next year.

With internal data showing GM knew of the problem for at least a decade, it has come under intense scrutiny. It is facing a Justice Department criminal probe and a wide range of lawsuits. It also is under pressure from the National Highway Traffic Safety Administration to get as many of those vehicles repaired as possible, and as quickly as possible.

The maker has been struggling to do so, but it initially faced a shortage of replacement switches, a problem it finally overcame in recent weeks. But even while dealers now have a ready supply of the parts, the maker says a huge number of owners have yet to set up repairs.

The actual number of vehicles facing recall has been revised downward, to around 2.4 million, reflecting the fact that many of these older models have already been scrapped. Even so, about 885,000, or 45%, still haven’t been fixed. And that’s despite all the news headlines about the problem – and the numerous mailings GM has made to owners asking them to set up service appointments.

That’s not unusual. According to NHTSA, only about three-quarters of owners ever get their vehicles fixed. The response rate is low for some minor recalls, but anywhere from 10% to 20% of owners don’t response to recall notices for even the most deadly problems.

The problem, stresses Clarence Ditlow, director of the Center for Auto Safety, is that even minor issues “can be deadly.”

So, with regulators pushing manufacturers to find ways to increase repair rates, the industry has been stepping up its efforts. Makers have increased the number of follow-up mailings they send, and may also make phone calls to owners. Some will give an owner a car wash or even some free gas.

GM is anteing up with the $25 gift card that goes out this week – owners getting activation codes once they complete repairs.

Fleet owners aren’t eligible for the incentives, but more than 700,000 individual owners will get the gift card offer. Whether that will generate a strong response remains to be seen, but GM is hoping that a sizable number of the holdouts will finally respond.