IPO part of a plan to grow FCA globally. 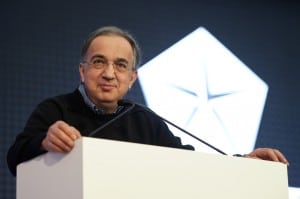 Sergio Marchionne told reporters in Italy that the Ferrari IPO will now happen in the second or third quarter of 2015.

The Ferrari initial public offering is now expected to be complete between the second and the third quarter of 2015, Fiat Chrysler Automobiles Chief Executive Sergio Marchionne told reporters in Italy.

FCA announced last month it planned to spinoff Ferrari from the group, selling a 10% stake via a public offering and distributing the rest of FCA’s stake in Ferrari to its shareholders. The Ferrari IPO is expected to raise $5 billion to reduce FCA’s debt and bolster the company’s balance sheet.

The spinoff is part of a bigger capital-raising plan that also includes a $2.5 billion convertible bond issue to help cut debt and fund an ambitious business plan aimed at turning FCA into a global carmaker.

Fiat also will receive a $2.8 billion dividend from Ferrari before the spinoff of the supercar division next year.

“Prior to the separation we also intend to enter into certain other transactions, including distributions and transfers of cash from Ferrari currently estimated at ($2.8 billion),” London-based FCA said in a filing with U.S. Securities Exchange Commission. FCA accepted SEC supervision of its financial activity when it sought to list its share on the New York Stock Exchange beginning last month.

A significant part of the debt FCA is expected to pay off, involves bonds sold by the Chrysler Group to repay loans from the Canadian and U.S. governments that helped bring the company out of bankruptcy in 2009.

(To see GM cars may alert you to a mechanical problem before it happens, Click Here.)

Marchionne had been eager to get rid of the loans because of their substantial interest rates. In fact, he said at one point the terms on the loans from the U.S. were similar to those demanded by loan sharks. In recent months, Marchionne and other Chrysler executives have indicated they would like to see debt paid in its entirety.