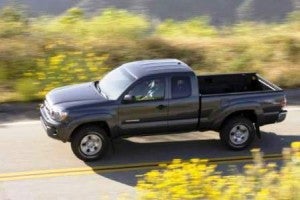 Toyota is recalling 690,000 Tacoma trucks due to a problem with leaf springs that could cause a fire.

Toyota is recalling 690,000 Tacoma midsize pickup trucks due to a suspension problem so severe it could cause the truck to catch fire.

The Japanese maker is recalling 2005-2011 model year Tacoma 4×4 and Tacoma Pre-Runner trucks due to the problem. According to the company, the truck’s rear leaf springs could become corroded, which may lead to a fracture. If the leaf spring fractures, a plate could move out of position puncturing the gas tank. The fuel leaking from the tank could catch fire.

The company is unaware of any injuries or fatalities due to the problem. 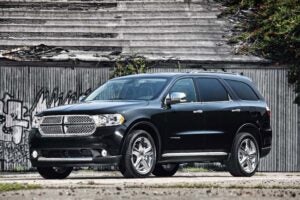 The 2011 Dodge Durango is part of the recall of Chrysler SUVs due to a faulty fuel pump.

NHTSA told Chrysler it will conduct a probe of maker’s Totally Integrated Power Modules, which were used on most of company’s vehicles between 2007 and 2014. The query came after the Center for Auto Safety filed a complaint saying the modules cause engine stalling and disable airbags when they fail. The petition includes 70 complaints to the watchdog group.

NHTSA’s own database lists 122 complaints and a recent New York Times story noted it found 240. The part in question supposedly causes to power failures and a class action lawsuit has been filed.

(Click Here for details about Lexus producing the most worry-free vehicles.)

The unit has been linked to a recent Chrysler recall of 230,000 SUVs globally for a problem with the fuel pump relay circuit inside the power module.

(To see why the new Corvettes are breakin’ the law, Click Here.)

“Such a condition may prevent a vehicle from starting or lead to engine stall,” Chrysler said at the time. No timetable has been announced for the probe, but the next step after this is either an announcement there is no problem or a recall.