Brits enact penalties of up to two years in prison. 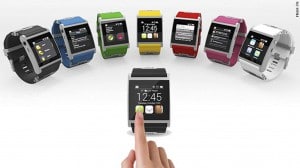 It is meant to be hip and convenient, but is the new Apple Watch also a threat to safety?

You may keep it on your wrist, but safety experts are questioning whether the new wearable device will be just as much of a driver distraction as handheld cellphones and tablet computers. And British authorities have indicated that someone using an Apple Watch when involved in a fatal crash could be subject to up to two years in prison.

The UK’s Institute for Advanced Motorists is leading the charge, declaring that the Watch “could significantly impair driving performance – being a major cause for distraction and road accidents.”

The organization cited a four-year simulator study on smartphone use indicating mobile phones had contribute to nearly 2,000 accidents in Britain including 110 fatalities. Distracted driving, in general, was blamed by British authorities for causing 54,000 crashes between 2010 and 2012. In the U.S., the problem has also been cited as a major cause of highway collisions, injuries and fatalities.

“Having a wristwatch linked to users’ mobile phone only suggests a higher proportion of drivers’ performance will be significantly impaired,” the organization said in a statement.

Barely a week after Apple staged a major news conference in Silicon Valley to unveil its latest iPhone, as well as the Apple Watch, British regulators were already taking action, declaring that use of the wearable technology while behind the wheel would be subject to a 100-pound, or roughly US$163, fine, as well as three points on a driving record.

The penalties would be significantly harsher in the event of a fatal crash.

“An (Apple) Watch has the potential to be just as distracting as any other smartphone device,” said Neil Greig, IAM Director of Policy and Research. “Indeed more so if you have to take your hand off the wheel and your eyes off the road to interact with it.”

U.S. regulators have yet to weigh in on the Apple Watch, or wearable technologies in general, but they have become increasingly vocal about the dangers of distracted driving which has been linked to about one in every 11 crashes on American roads. Most states now bar motorists from texting while driving, and quite a few also limit the use of handheld phones – as do many cities and counties around the country.

It remains to be seen whether the Apple Watch – or similar devices offered by a growing list of consumer electronics companies – will likewise be banned, though Russ Rader, a senior vice president at the Insurance Institute for Highway Safety, said he expected existing laws “would apply.”

If so, the question is how police would be able to determine whether a driver was simply checking the time or accessing an app displayed on an Apple Watch.

“Enforcement will be difficult for the police,” acknowledged IAM’s Greig, “but powers exist to seize and interrogate devices in the event of a serious crash. The very device that distracted you also has the power to convict you.”

Police in the U.S. have, at times seized smartphones to verify whether they were being used at the time of a crash, though that may require them to first obtain a search warrant.

While IIHS’s Rader said the Washington-based trade group is also concerned about the potential problems an Apple Watch could pose, he cautioned that it should not be turned into the latest high-tech demon.

Rader said that “clearly there are crashes” linked to the “proliferation of electronic technologies,” but he also cautioned that a “single-minded focus” on such devices “misses the point,” and that regulators and safety advocates need to address the broader issue of distracted driving, whether caused by a motorist “fiddling with the radio,” or trying to deal with kids in the back seat of a minivan.