Kia Soul Tops List of Must-Have Cars in the City 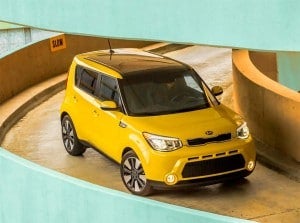 Kia's 2014 Soul was named the top choice for city dwellers due to its ride-and-handling as well as its convenience features.

Many folks imagine that once you move to a large urban center, like New York or Chicago, that the need for a car evaporates; however, the reality is that city denizens need to get around and that means hundreds of thousands of vehicles are clogging those streets.

If you’re going to have a car in the city, it needs to be small enough to squeeze into tight spots, turn around in small spaces, yet be able to carry lots of stuff. Fortunately, the folks at Cars.com have compiled a list of what they believe to be the 10 best cars for city dwellers.

The website’s top pick is the 2014 Kia Soul and not because it’s so easy to drive even a hamster can do it. According to the website, the Soul’s ride-and-handling, abundance of convenience features, such as heated front and rear seats as well as a heated steering wheel – features typically found on pricier rides – combined with Kia’s Android-based UVO multimedia system made it the best ride.

“Urban denizens will appreciate the sheer number of options (including ventilated front seats and panoramic moonroof) in the Soul, a rarity among small hatchbacks,” the site notes. “Affordable and city-friendly need not mean Spartan, and the 2014 Soul proves it.” 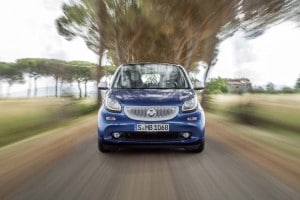 The current iteration of the Smart Fortwo didn't make Cars.com's list of top 10 best city cars. Maybe the 2016 Fortwo will make the grade.

The list runs the gamut of small cars, but one surprise is the Jeep Wrangler two-door. The choice was made because it can best handle some of the rough, pot-hole riddled streets often found in the city.

“You’ll bounce over potholes. You’ll parallel park as close as you want to the curb; it’s no problem for an SUV with most trims sporting beefy off-road tires,” the site said. “Those dips emerging from an alley risk your bumpers no more; you’ll laugh at ruts and parking blocks. The Wrangler seems so wrong for the city, but in many ways it’s so right.”

(Click Here for details on why the Model S may not be all its cracked up to be.)

It should also be pointed out that the Scion xB and iQ are on their way out of existence so if they’re your vehicle of choice based off the list, it’s advisable to scoop one up quickly.

(To see more about NHTSA’s repeated failures in meeting its own deadlines, Click Here.)

The editorial team blamed what it called the vehicle’s “many” shortcomings for keeping it off the list. The site’s complaints include worse than expected fuel economy (41 mpg), an “SUV-like” rollover rating and a poor transmission. Perhaps the next model, due out in 2016 will make the list next time.