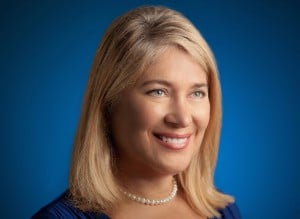 The race is on to be first to market with a fully autonomous vehicle. Right now, automakers like Nissan, General Motors and Mercedes-Benz are being challenged by high-tech upstart Google, which plans to launch a fleet of autonomous prototypes later this year.

Continental, which supplies driver assistance technology, such as blind-spot detection, hired Seval Oz to be CEO of the new company. Oz previously served as Senior Business Development manager at Google, where she was integral in the development of the self-driving car.

The move isn’t all that surprising. In recent years, several automakers, including such as Ford, Volkswagen, Honda, Renault/Nissan, and Toyota have set up research and development facilities in California. Suppliers following their customers is a long established pattern.

The hiring of Oz, who is entrenched in the technology world – she captured the PWI Women in Technology Award for Courage in San Francisco this year – played a significant role in the development of Google’s self driving car.

“Our mission is to dramatically improve mobility and safety by forging strong partnerships in both the tech and automotive realm,” she said.

Continental is already one of the main suppliers of core ITS components, and has connected-vehicle contracts with IBM, Cisco Systems Inc. and Nokia Corp. The new company, ITS, provides the perfect platform to find solutions to global transportation problems such as gridlock, traffic-induced pollution, and accidents caused by human error.

(To see more from the weekend’s Woodward Cruise, Click Here.)

“Our new team we will be combining some of the key strengths required to create this kind of pioneering innovation – these strengths include the know-how and inventiveness of Silicon Valley’s leading experts in digital technology and the expertise of Continental in developing unique and reliable solutions for large-scale automotive production,” he said.

Three out of every four cars around the world today contain Continental’s solutions, products, and systems that make driving safer, more environmentally compatible and more comfortable.