Desire to give up control drops when kids involved. 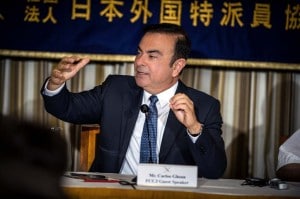 Americans haven’t necessarily fallen out of love with the automobile. They just don’t enjoy the art of driving as much anymore, and a growing number of Americans seem ready to hand over command to autonomous vehicles.

A new study finds that fully three-quarters of licensed U.S. motorists would be very likely to consider, if not buy, self-driving vehicles. And if offered lower insurance rates, the figure jumps to a whopping 86%, found website Insurance.com.

“People are aware that they already drive cars controlled partly by computers,” said Insurance.com Managing Editor Des Toups. “Now they see features like collision avoidance on new models and hear about Google cars hitting the roads in a couple of years. An autonomous car is not science fiction anymore.”

That said, the study also found a fair bit of skepticism on the part of the American motoring public. Nearly 60% of the 2,000 licensed drivers surveyed said they didn’t believe an autonomous vehicle’s computer system could match the decision-making of a human driver.

And 75% said they’d be hesitant to allow a fully driverless car to take their children to school.

The study echoes other recent surveys that have found Americans increasingly curious about – and open to – the prospects of autonomous driving. A study released earlier this month by consulting firm AutoPacific, Inc., found that motorists are eager to add many of the new safety features that will ultimately come together in an autonomous vehicle, such as forward collision warning with automatic braking. But they continue to hesitate when it comes to completely giving up control.

But they may have no choice. There’s growing pressure to add autonomous technologies to vehicles, especially at the government level, where self-driving systems are seen as the best way to reduce highway crashes. Some carmakers, including Volvo and Nissan, have even set goals of achieving zero fatalities in the not-too-distant future.

The Japanese maker has already set a goal of launching production of its first fully autonomous vehicle by 2020. And earlier this month, Nissan CEO Carlos Ghosn said in Japan that the automaker will be adding a number of new, near-autonomous features to its vehicles by 2016. That includes one technology that will make it easier to safely cross a crowded urban intersection.

Most manufacturers continue to emphasize either semi-autonomous driving, or plan to at least leave a human pilot in place, ready to take control if there’s a technical glitch. But starting this year, tech giant Google plans to begin rolling out the first of 100 prototype vehicles that will not even have a steering wheel or pedals, only an emergency shut-off button.

The majority of the 200 respondents surveyed for this month’s Intelligent Vehicles Symposium, or IVS, anticipated vehicles being mass produced by 2035 won’t have steering wheel, gas or brake pedals, even rearview mirrors or horns. That’s in line with a separate study by Navigant Research that predicted about 95 million autonomous vehicles a year will be sold by 2035.

(Click Here to get the details about the shake up at Scion.)

The IVS survey found that legal and regulatory issues are seen by autonomous experts as the single biggest obstacle to mass adoption of driverless vehicles. Indeed, Nissan’s global product chief Andy Palmer has warned autonomous technology may be delayed in the U.S. because of those issues.

On the positive side, three-quarters of the survey respondents expect all 50 states will pass legislation allowing autonomous vehicles on the road by 2035.

(To see more about Jaguar’s plans for an aluminum intensive XE, Click Here.)

The Insurance.com survey found that the vast majority of licensed drivers anticipate the cars of that era will be very different from those of today. And for good reason, said Toups, adding that if you “spend time in traffic anywhere … it’s clear many people would rather be doing something else.”

That said, the survey found that most of today’s drivers aren’t ready to hand over control, at least not yet. Slightly less than one in three – 31.7% – would be happy to never get behind the wheel again.