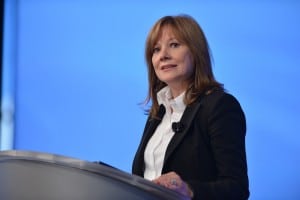 Saying she was “disturbed” and “enormously troubled,” General Motors CEO Mary Barra revealed the results of the report that found GM engineers misdiagnosed the early issues with the ignition switch and then failed to capitalize on repeated opportunities to resolve the issue later.

“Overall the report found that, from start to finish, the Cobalt saga was riddled with failures which led to tragic results for many,” Barra said, noting that the report revealed no conspiracy by the company to cover up the facts.

As a result of former U.S. Attorney Anton Valukas’ report, the automaker fired 15 employees and disciplined five others who were involved in the process, including Ray DeGiorgio, the engineer who ordered the part change without changing the part number, then said he didn’t remember doing it.

GM will create a compensation fund for victims, although the size has yet to be determined. The company has turned the entire process over to Kenneth Feinberg, who has overseen similar types of funds involving 9/11 and Deepwater Horizon victims.

He will determine how large the fund should be and who will be eligible for compensation, Barra said.

During her presentation to more than 1,000 employees in a town hall meeting, Barra said the report was thorough and it was time for GM to learn from the past. She also called on employees aware of safety issues to voice those concerns to supervisors. If those concerns are not addressed then, they should contact her directly.

(Click Here for details about Elon Musk’s plans to remain in charge at Tesla.)

“This is a test of our values and our character,” she said. “I am not afraid of the truth and I know you aren’t either.”

The report also made several recommendations, many of which GM has already implemented, but all of which will be followed, Barra said.