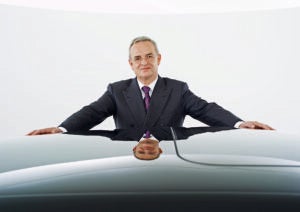 VW’s operating profit was about $610 million for the quarter compared with about $815.2 million a year ago. The company said, “it was negatively impacted by lower sales volumes, negative exchange rate trends especially in South America and Russia and higher upfront investments in new technologies, while lower material costs and improvements in the mix had a positive effect.”

Porsche recorded an operating profit of $957.6 million in the first three months compared with $791.7 million for the same period last year.

However, it was Audi that made the biggest impact with an operating profit of $1.8 billion, which was flat compared to last year. Bentley saw its profit increase by 65.9% during the first quarter while its Skoda joined the company’s heavy truck brands, Scania and MAN, also turned profits during the quarter.

“The Volkswagen Group has established a strong position in recent years”, said Prof. Dr. Martin Winterkorn, chairman of the Board of Management of Volkswagen AG, in a statement.

“Our good start to the current fiscal year is an additional proof of this. We must now continue improving our position and maintain our successful course as part of the systematic implementation of our Strategy 2018.”

(Click Here to find out if move to Texas could help Toyota truck sales.)

(To see more about Toyota’s confirmed plans to move to the Lone Star State, Click Here.)

“These challenges mean that it is more important than ever that we focus on three key action areas: firstly, disciplined cost and investment management, secondly, our profitability targets and thirdly, improved profitability in all regions”, said CFO Hans Dieter Pötsch.

Volkswagen expects 2014 sales revenue for the Group and its business areas to move within a range of 3% of the prior-year figure. In terms of the Group’s operating profit, Volkswagen is forecasting an operating return on sales of between 5.5% and 6.5%.