CEO Rodney O’Neal gets a list of questions to answer. 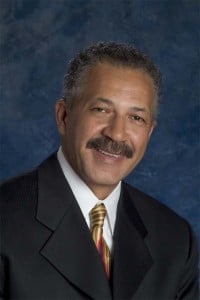 Delphi CEO Rodney O'Neal has been given a list of questions from four U.S. Senators asking about the supplier's role in producing the faulty ignition switches for GM.

Like it or not, General Motors’ bitter fight with its principal supplier, Delphi Corp., will be examined by a panel of U.S. Senators concerned about what role the supplier might have played in the faulty switches tied to a recall of more than 2.6 million GM vehicles and 13 deaths.

In a letter made public this week, four different senators have asked Delphi Chief Executive Rodney O’Neal on Tuesday a series of questions about the auto supplier’s production of ignition switches.

The switches were made in a Delphi plant in Matamoros, Mexico, at a time when GM and Delphi were at loggerheads over the cost of components. GM spun off Delphi in 1999 and immediately demanded price downs from Delphi executives, who resented and resisted GM’s push for concessions.

Delphi recently told congressional investigators that GM approved the original part in 2002, despite the fact it did not meet GM’s own specifications, according to a memo prepared for members of House of Representatives Energy and Commerce Committee.

“As we continue evaluating the GM recall, it is critically important that we understand the decisions made by Delphi and the company’s interaction with GM,” said the letter sent by Senate Commerce chairman Jay Rockefeller, D-W.Va. “Rather than relying only on GM’s version of events, we believe that consumers throughout the United States should hear directly from you regarding this issue.”

The letter was also signed by Sen. John Thune, R-S.D., the top Republican on the committee; Sen. Claire McCaskill, D-Mo., who chaired the panel that questioned General Motors Co. CEO Mary Barra; and Dean Heller, R-Nev., the ranking Republican on the subcommittee.

The letter also seeks detailed records in “determining what Delphi knew and the actions taken to replace the faulty ignition switches it provided to GM.”

Delphi told Congress that the ignition switch part that GM engineers approved didn’t meet the automaker’s own performance specifications. Then GM changed the part in April 2006 without changing the part number, a highly unusual move in the industry. Even that improved part still didn’t meet GM’s original specifications.

“Did Delphi protest this decision at any point or raise any concern that a failure to enact this change could be fatal for consumers who drive vehicles containing the faulty ignition switch?” the letter asks. “Did Delphi originate the discussion to fix the part or did GM? What were the reasons given to Delphi by GM in rejecting the design change in 2005?”

The Senate panel’s questioning of GM CEO Mary Barra inspired a skit on Saturday Night Live lampooning the GM’s executives answers. The satirical skit, however, also deepened GM’s public relations problems by suggesting that GM has been less than forthcoming about the cause of recalls and the problems with the switch.

Barra also became the latest in a long line of GM executives that have managed to flub an appearance on Capitol Hill.

(To see the new Audi A3 Sportback diesel and e-tron, Click Here.)

The infighting between GM and Delphi appears to have been particularly intense around small cars such as the Chevrolet Cobalt. During the decade leading up to GM’s bankruptcy in 2009, embers of GM’s North American Strategy Board had come to believe the production of small cars had become a burden imposed on the company by federal fuel economy regulations.

Before filing for bankruptcy, GM also had mounted an extensive campaign to blunt any and all efforts to increase U.S. fuel economy standards.