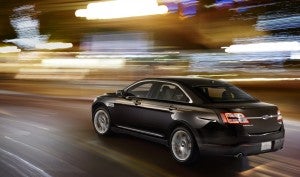 Consumer Reports cited the Ford Taurus as car to avoid due to reliability issues and a lack of interior space.

Annually, potential car buyers, industry observers and executives await Consumer Reports’ top picks for the year. What the list shows is there are plenty of great cars and trucks to choose from; however, the magazine doesn’t stop there.

While it doesn’t take long for everyone to figure out the mag thinks that Tesla’s Model S is the best car – maybe ever – and that the Dodge Ram is pushing to make the full-size pickup race a three-truck competition, there is a side of the industry that tends to get pushed by the wayside.

The pub also creates a list of vehicles to avoid. Some on the list are not a shock, such as the Mitsubishi Lancer, but others are a bit of a surprise, including the Land Rover Evoque.

The maker taking the biggest hit is Chrysler and Jeep. In fact, Jeep nearly swept the small SUV category with the best thing said about its product was “competent.”

Here are the vehicles to avoid, according to Consumer Reports: 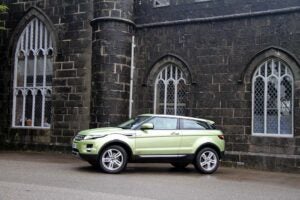 The Range Rover Evoque was criticized by Consumer Reports for its handling as well as a noisy cabin.

Ford’s products were widely panned for the seemingly never-ending issues related to MyFordTouch, or its Lincoln brethren, MyLincolnTouch, although the Taurus made the list for being “ridiculously cramped for such a large car.”

Another surprise vehicle on the list is the BMW 7-Series, which was described as “a ponderous, technology-laden vehicle with … ungainly handling.”