Nissan Plans to Take IDx Concepts from Idea to Reality 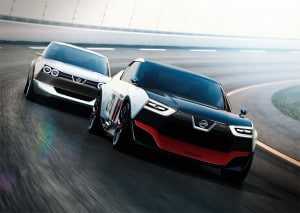 The Nissan IDx Freeflow and IDx NISMO concepts are aimed at the next generation of car buyers, so-called "digital natives."

What to do when the next generation of car buyers would rather be texting their friends from home?  That’s the challenge facing automakers as they set out to design vehicles that can win over reluctant Millennials and the generation to follow.  So, perhaps it’s no surprise the maker candidly admits that its IDx NISMO concept “looks as if it came directly from a driving video game.”

The NISMO and the less sporty IDx Freeflow are making their North American debut at the Detroit Auto Show this week, and both suggest that Nissan sees the need to break with traditional design forms to appeal to what it describes as “digital natives,” those born after 1990 who are often ambivalent about automobiles but are as likely as not to follow asleep with a smartphone in their hands.

“IDx NISMO and IDx Freeflow show how Nissan is using new and innovative product development methods to meet the needs of younger customers who have novel, exciting ideas, and engage with them to build the cars they want,” said Shiro Nakamura, Nissan’s Senior Vice President and Chief Creative Officer. 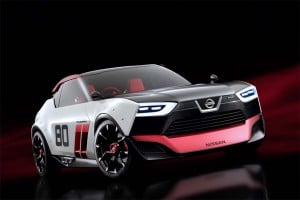 The Nissan IDx NISMO might have been driven out of a videogame, Nissan suggests.

The designs aren’t entirely new, however.  The two IDx variants are modern reinterpretations of the once-popular Datsun 510, a small and affordable model that was a fixture among then-young Baby Boomers from 1968 to 1974.

(10 debuts not to miss at the 2014 North American International Auto Show. Click Here to check them out.)

First shown at the Tokyo Motor Show late last year, both of the concept vehicles use Nissan’s new “flexible box” platform.  The Freeflow could be powered by a small gasoline engine of between 1.2 to 1.5-liters paired with a CVT gearbox.  The NISMO version would opt for a more peppy turbocharged 1.6-liter engine with a CVT tuned to replicate the feel of manual shifts, according to Nissan. 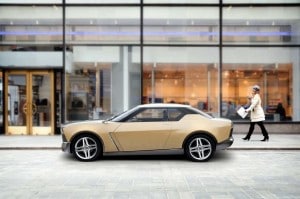 Nissan wants to have an IDx model - like the Freeflow here - in production over the next three to four years.

While the name shared by the Freeflow and NISMO models might suggest the two concepts are meant to be seen as new ideas, Nissan says the IDx name is an “acronym taken from ‘identification,’ relating to the things all individuals relate to on a personal level in a car. The ‘x’ is the variable, representing the new values and dreams born through communication.”

While a number of automakers have come up with extreme concept vehicles in recent years, more than a few said to be influenced by video games and other youth-oriented technologies, don’t be quick to dismiss the IDx twins, Nissan officials caution.  If anything, global product planning chief Andy Palmer says the goal is to put some IDx variant into production over the next three to four years.

(GM wants to rebuild the once-popular midsize truck segment with new models like the GMC Canyon. Click Here for more.)

And it is considering whether it’s possible to break the traditional manufacturing paradigm, offering a degree of flexibility for customers used to selecting from 100s of different smartphone cases and switching a computer, tablet or smartphone’s homepage screen with the touch of a button.

From an automobile perspective, that could mean adopting a very different engineering and manufacturing approach, possibly opting for a spaceframe architecture with lightweight body panels that could be switched out easily.  Even things like headlamps could potentially be customized to reflect an individual buyer’s tastes and needs.

Of course, Nissan isn’t the first to consider that possibility.  Daimler’s Smart brand originally promised to provide buyers with great flexibility, allowing them to mix and match different colored body panels, for example.  In the end, the cost and logistics proved untenable and Smart adopted a more traditional manufacturing and sales approach.

On the other hand, Mini and Scion have made a strong business case out of offering buyers a high degree of customization.  The challenge is finding a model that might work at a price IDx buyers could afford.