Toyota may again dispute claims, however. 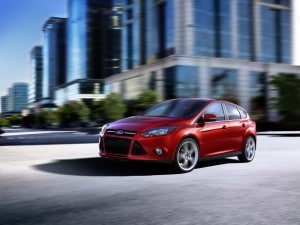 Ford contends Focus widened its lead over the Toyota Corolla - a claim the Japanese maker disputes.

The Ford Focus is again the world’s best-selling nameplate, according to the Detroit maker, widening its lead over long-time global leader Toyota Corolla as sales of Ford’s compact model surged 16% last year.

But it remains to be seen whether Ford’s claim will go unchallenged. Toyota has repeatedly complained that its sales were being significantly undercounted and contends that the Corolla remained the best-seller in 2012.  It may make a similar counter-claiming for 2013.

If anything, Ford contends the gap widened by 75,000 units between the Focus and Corolla last year, however, in large part due to growing demand in China where the Ford Focus is now ranked the best-selling passenger car nameplate. Worldwide, buyers registered 856,587 Ford Focus models during the first nine months of 2013, up 16.1%, according to data from global vehicle tracking firm R.L. Polk.

“Our success with Focus serving more and more customers around the world underscores the strength of our One Ford plan,” said Jim Farley, Ford executive vice president of global marketing, sales and service and Lincoln. “We remain absolutely committed to developing a full family of vehicles that, like Focus, offer outstanding quality, fuel efficiency, safety, smart design and value.”

(The weather may be cold but U.S. auto sales are running hot this month. Click Here for the story.)

Skeptics might counter that the announcement is a bit premature, covering just the first nine months of 2013.  Toyota has had another problem with the data.  According to Polk, the Ford Focus came in on top for all of 2012, when global registrations totaled 1.02 million compared to 872,774 for the Corolla.  But the Japanese maker contends that Polk didn’t include data for derivatives of the Corolla sold in Japan as the Verso and in Europe as the Auris.

Toyota spokesman Mike Michels last year declared that a “glaring” inaccuracy insisting that it would have added another 300,000 units to Corolla’s total, giving the Japanese maker a significant victory in the global sales sweep.

Toyota is expected to make a similar counter-claim this year. But even working in the sales numbers for the Verso and Auris might yield a smaller gap.  Toyota has been struggling in China while Ford has been experiencing major gains in that country’s booming auto market.  Sales of the Focus hit 303,000 for the first nine months of 2013, putting the small car at the top of China’s passenger car sales list.

As for the year as a whole, Toyota launched an all-new version of its Corolla for the 2014 model-year and the transition is likely to show at least a short-term hit on sales while production and distribution of the new model ramped up.