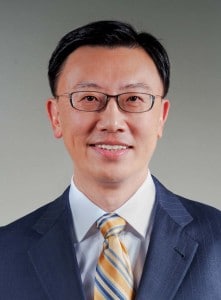 Locked in a battle for domination in what has become the world’s largest automotive market, General Motors is shaking up its top Chinese management team.

A 37-year GM veteran, Tsien has clocked a wide range of assignments in markets as diverse as Germany and Australia, but he has also put in a significant amount of time in China where he has most recently been serving as vice president of Planning and Program Management for GM China and GM Consolidated International Operations and Strategic Alliances for China.

In his new role, Tsien will succeed Bob Socia, who has announced he will retire on January 1.  Tsien will become a member of the GM Executive Operations Committee, reporting to General Motors Chairman and CEO Dan Akerson, which underscores the importance GM puts on the China market.

“We expect Matt will extend our legacy of strong leadership in China,” said Akerson. “He has held significant leadership roles in the company, including several in China. Matt has a deep understanding of China’s automotive market and has worked closely with and built excellent relationships with our partners and joint ventures, which will help ensure a smooth transition.”

GM was one of the first foreign makers to invest in what was then a small and uncertain Chinese market as the new Millennium began.  While its decision to open a plant in Shanghai – and one producing Buicks, no less – was controversial at the time, few criticize that move today. GM is now battling with German rival Volkswagen AG for market leadership in China, and has been gaining sales and market share under Socia even as the Chinese market has shown some uncharacteristic slowdowns over the past year.

The maker recently announced it will invest $11 billion – along with its various partners – to expand its Chinese operations between now and 2016. Among other things, GM plans to expand production of its Cadillac line in a bid to catch up in a Chinese luxury car market currently dominated by German brands – notably Volkswagen’s Audi.

“We appreciate Bob’s 38 years of dedicated service and his significant contributions to GM in all of our regions,” said Dan Akerson, chairman and CEO of General Motors. “When Bob was appointed president of our largest market, our plan was for him to help prepare his successor. Matt is now ready to step into the role and we wish Bob the best in his retirement.”

That successor, Tsien, has extensive experience in engineering, planning and management, both globally and locally. He also has valuable experience leading a joint venture in China as executive vice president of the SAIC-GM-Wuling operations. Having helped negotiate the early joint ventures with SAIC, including Shanghai GM and the Pan Asia Technical Automotive Center (PATAC), he has deep insight into the company’s China operations, GM suggests.

(VW readying new budget brand to help it gain more traction in China. Click Here for the inside story.)

Wuling. which is based in LiuZhou, a gritty industrial city some 900 miles south of Shanghai, now accounts for  almost half of GM’s sales in China and is the single largest brand sold in the country. It’s small, utilitarian vans dominate one of the most important segments in China’s giant vehicle market and its quickly adding capacity to capitalize on its recent success.

In addition, Wuling two years ago launched its own car brand,  Baojun, which fills in price points below Chevrolet and appeals to buyers in China’s second, third and fourth-tier cities where customers tend to be more concerned about value and affordability than status.

As the head of GM’s operations in China, Socia saw a huge jump in GM sales – the maker expecting to end 2013 with volume of more than 3 million vehicles, a new record.