End of incentives makes it too expensive to build vehicles. 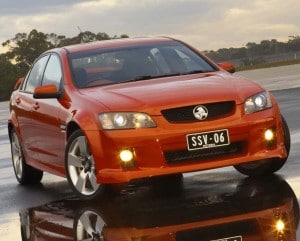 The Commodore is one of Australia's best-selling models. After 2017, it will no longer be built in there.

General Motors abruptly announced it now plans to stop building and engineering cars in Australia by the end of 2017. The decision will end almost 90 years of car making in Australia by GM’s Australian subsidiary, Holden.

The announcement follows testimony before a parliamentary commission by GM’s ranking executive in Australia that GM could no longer sustain its manufacturing operations “Down Under” without help from substantial subsidies from the Australian government.

Currently only GM’s Holden, Ford and Toyota currently manufacture vehicles there. Ford already announced it planned to close its Australia car factories by the end of 2016 and Toyota is expected to follow suit shortly.

Mike Devereux, the managing director of GM’s Holden subsidiary, had warned the commission, “There is a level of assistance that needs to be there for GM to make a business case viable to be able to make cars here.” Holden had lost roughly $130 million in 2012.

However, the new Australian Prime Minister, Tony Abbott, had campaigned against industrial subsidies. Abbott’s government is preparing to cut the annual subsidies for carmakers still operating in Australia by $450 million in 2014.

In addition, Holden had developed a modest export business that shipped vehicles from Australia into the Middle East. Now, GM plans to turn its operations in Australia and New Zealand into a national sales company that will sell vehicles built at GM factories in other countries, most likely China, South Korea and Thailand.

With the cost of building vehicles in Australia rising, GM has been making greater use of vehicles built in North America to fill orders destined for the Middle East. For example, GM expects nearly one third of the new Chevrolet Suburbans and Tahoes built in Texas to be exported to customers in the Middle East.

Since the bankruptcy, GM also made a concerted effort to improve the plant utilization rates at its factories in North America, according David Cole, the former chairman of the Center for Automotive Research in Ann Arbor, Mich.

(Click Here for more about GM pulling Chevy from Europe.)

GM had spent millions of dollars in trying to build up Chevrolet reputation with European consumers. But the effort lost momentum due to the collapse of new car sales in Europe and ultimately wound up undercutting GM’s efforts to rebuild Opel/Vauxhall.