GM Pulling Chevrolet from Europe in 2016 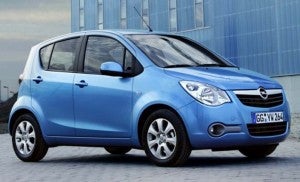 GM is pulling its Chevy brand from Europe, hoping to bolster sales for its Opel and Vauxhall brands.

General Motors is yanking its Chevrolet brand from most of Europe by 2016 hoping it will bolster sales for its Opel and Vauxhall brands. Russia and the Commonwealth of Independent States will still sell Chevy vehicles.

Chevy’s departure from Europe came in a surprise overnight news release. The brand has long been the dominant one for GM in its home North American market, but has had a less significant role abroad.

In recent years, as German-based Opel had begun to fade, GM began looking to Chevrolet as a potential alternative. In fact, some analysts suggested GM might eventually abandon Opel entirely.

Chevy has also been introduced in China and other markets. But outside the Americas – it has a strong following in Latin America, as well – it has not been able to gain as much traction as the maker hoped, something the newly announced move suggests GM didn’t think it could resolve.

The Chevy brand has been available in Europe since 2005, but – as previously mentioned – has never been a dominant seller there so the impact of the move could be negligible.

The Chevy brand has been available in Europe since 2005, but has never been a dominant seller there so the impact of the move could be negligible.

Chevy’s European sales dropped 17% through October, cutting its market share by 0.2 percentage point to 1.2%. Opel and Vauxhall posted a 3% decline in the period, which is about the same as the rest of the industry. Their combined market share remained at 6.7%.

Breaking even in Europe has been GM’s goal by the middle of this decade as the company has lost money each of the last 12 years, totaling more than $18 billion. Thus far, GM has reported including $499 million this year through September, down from $1.2 billion during the same period in 2012.

In the past, Dan Akerson, GM’s CEO, has acknowledged that Opel and Chevrolet were direct competitors in Europe. This relationship is complicated by slow auto sales brought on, in part, by the European debt crisis.

“Europe is a key region for GM that will benefit from a stronger Opel and Vauxhall and further emphasis on Cadillac,” Akerson said in a statement. “For Chevrolet, it will allow us to focus our investments where the opportunity for growth is greatest.”

GM said it would focus mostly on selling its Opel and Vauxhall brands on the continent, as well as a renewed emphasis of its luxury Cadillac brand. The company said “select iconic” Chevrolets, such as the Corvette Stingray, would still be sold in Europe.

The majority of the Chevrolet portfolio sold in Western and Eastern Europe is produced in South Korea, according to GM. To offset the loss of sales in Europe, GM plans to increase its focus on the Korean operations, including looking for ways to manage costs and finding new sales opportunities.

The plan forces GM to record net special charges of about $700 million to $1 billion, including about $300 million of non-cash charges, mostly in the fourth quarter.

(Click Here to read about the new leader for GM China.)

GM has made a concerted effort in the last 12 to 18 months to affect change in its European operation. One of the earliest signs things were not going well was the replacement of once-rising star Susan Docherty as head of Chevy’s European operations with Thomas Sedran, Opel’s strategy chief, in the middle of last year. Akerson also appointed former Volkswagen executive Karl-Thomas Neumann to be president of GM Europe nearly a year ago and assigned GM Vice Chairman Steve Girsky responsibility for overseeing the turnaround of the region.

The Chevrolet has about 1,900 dealers in Europe; more than half of the outlets also handle Opel models.