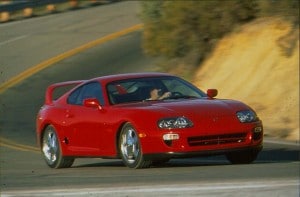 Could the partnership between Toyota and BMW mean the rumored return of the Supra might be a reality?

Could it be another merger of equals? Well, not on the scale seen previously, but BMW is confirming that it plans to work with Toyota to produce a pair of sports cars and share in the development of fuel cells and lightweight technologies.

“We have agreed on a joint architecture for a sports car. What is important is that there will be two different vehicles that are authentic to the two brands,” BMW’s development chief Herbert Diess told Frankfurter Allgemeine Zeitung.

The feasibility study to develop a mid-size sports car, which was expected to be, and was, completed by the end of this year. Diess provided no details on what kind of vehicle might be forthcoming out of the partnership.

The makers have a history of working together as they had previously agreed to collaborate on the development of batteries for electric vehicles, and BMW agreed to supply compact diesel engines to Toyota Motor Europe.

Working with another automaker to develop is part of Toyota’s heritage. It worked with Subaru to develop the Scion FR-S. However, this agreement with BMW – along with Tatsuya Tada, chief engineer of the GT86/FR-S program, saying earlier this year it was time to bring the car back – will set tongues wagging about the long-rumored return of the Toyota Supra, which ceased production in 2002.

The companies are looking to explore lightweight technologies for vehicle bodies using leading-edge materials like reinforced composites. The first application for these materials would be on the aforementioned sports car with it then spilling over to other Toyota and BMW vehicles.

Perhaps the most cutting edge portion of the program is the commitment to begin joint research to develop a lithium-air battery with energy density greatly exceeding that of current lithium-ion batteries.

Finally, the pair will share technologies to develop a fundamental fuel-cell vehicle system, including not only a fuel cell stack and system, but also a hydrogen tank, motor and battery, aiming for completion in 2020. They also plan to aid in the development of the infrastructure necessary to make hydrogen fuel cells commercially viable.