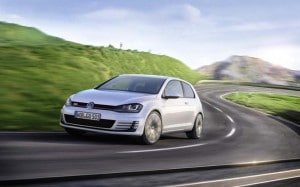 Volkswagen and other German automakers are making a major impact on the country's economy despite a European recession.

With Volkswagen, BMW and Daimler AG all making major contributions, the success of the German auto industry continues to bolster that country’s economy, which is widely regarded as the strongest in Europe and one of the strongest in the world.

Despite the pressure for profits and the recession in Europe, the Volkswagen Group alone managed to add 11,000 new jobs in Germany during 2013.

“Volkswagen continues to be successful. Our cars make customers enthusiastic and this success is also reflected by employment,” noted Horst Neumann, member of the Board of Management of Volkswagen Aktiengesellschaft responsible for Human Resources. “The number of employees has grown strongly over the past six years. At the same time, we have also significantly improved our productivity and earnings.”

In 2007, when the company adopted its Strategy 2018 with a new management team, the Volkswagen Group had nearly 325,000 employees throughout the world. Now 573,000 people now work for the Group, which includes Audi, MAN, Porsche, Volkswagen Passenger Cars, Volkswagen Commercial Vehicles and Volkswagen Financial Services AG.

This increase of 248,000 employees includes about 123,000 newly created jobs, and almost 44,000 of them in Germany. About 125,000 employees came to the Group with Scania, MAN, and Porsche Holding Salzburg, as well as Porsche AG and Ducati.

“The Volkswagen Group is a strong and reliable motor for employment in Germany and Europe as well as throughout the world. Management and employee representative bodies have successfully integrated the new employees and the new brands in the Volkswagen family. This is a respectable achievement,” Neumann added.

These are not just token opportunities, but jobs with good pay and strong benefits, he said.

Daimler AG and BMW also have made major investment and added jobs in Germany over the past year.

Mercedes-Benz has invested 1.2 million Euros in the Rastatt plant to expand compact car production and another 1 billion Euros will be invested into the Mercedes-Benz plant in Bremen, to handle the expected demand for the new C-Class.

Meanwhile, BMW invested 400 million euros in new buildings and machinery for the production of maker’s i model line-up. It also created 800 new jobs in Leipzig. The production network for BMW i also sees key components for the BMW i3 manufactured at BMW Group plants and joint venture facilities at Moses Lake in the United States and Wackersdorf, Landshut and Dingolfing in Germany. The company has invested a total of around 600 million euros in the BMW i production network and generated more than 1,500 jobs.

As part of the electric vehicle program, BMW has also become the first company to make carbon-fiber-reinforced plastic body panels on a large, industrial scale. The body structure of the BMW i3 consists of the material, allowing the extra weight of the batteries for the electric drive system to be cancelled out, according to BMW engineers.