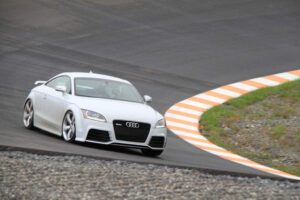 White once again was the top color choice for new car and truck buyers.

For a while, it was gray – more precisely 50 shades of it – that had some people all excited, but when it comes to new vehicles buyers still prefer white.

In fact, the number of new cars and trucks in white were up 3% compared with the previous year, according to PPG Industries, the automotive paint supplier that annually puts out its list of most popular paint colors.

Silver and black tied for second at 18% with gray coming in third.

White has been atop the list for several years and like the aforementioned gray, there are different shades of it and more are coming.

“We see growth in the variety of whites being offered to consumers,” said Jane Harrington, PPG manager of color styling.

In North America, white remained the most popular choice at 21% followed by black (19%), gray (17%) and silver (15%). White isn’t the leader everywhere on the planet: in South America, silver is the top choice.

“Car manufacturers are seeking ways to create variations of white, silver, black and gray that are specific to their brands and that complement different vehicle types,” using different micas, glass flakes and pigments, she said.

According to PPG, the most popular colors among vehicles sold in North America last year were:

More than 60 new colors will be introduced for the 2016 and 2017 model years. The new colors are needed because there is growth outside the top four. Red and blue both rose by 1 percentage point over 2012, while natural/bronze and green remain well behind the pack.

(Click Here to read about new concerns about diesel exhaust.)

However, gold and beige are the leading choices for minivan owners in North America.