Good students can earn the biggest savings to offset their high premiums. 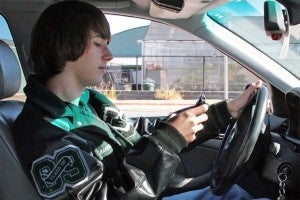 Aside from the monthly payment, the “cost” usually associated with vehicle ownership is fuel. However, people often forget about the expense of insuring their vehicle.

Most importantly, it seems like every insurance company touts the discounts they offer, but when looking for discounts it seems it’s where you live rather than what company you use.

Residents of Missouri, Connecticut, Indiana and Wisconsin enjoy more discounts than any other state. Each of them enjoys the potential to save money more than 32% of the time.

While tourist havens like Hawaii and North Carolina are famous for being vacation destinations, they’ll not be earning the same level of acclaim as insurance havens as they came in last among the 50 states, plus Washington D.C. They offer lowest number of available discounts with 14.5% and 13.2%.

The survey of the states was conducted by Insure.com, which analyzed the availability and savings potential of 49 discounts in every state for several large car insurance carriers, collecting data on 24,988 potential discounts nationwide.

“The right discount can knock hundreds of dollars off your car insurance bill,” said Amy Danise, editorial director for Insure.com.

“But some may not be worth switching companies for. Drivers should also take into account that an insurer offering a big discount might also have a high base rate. That means you might save less than you expected.”

The biggest discount of the many available was the “Good Student” discount for drivers younger than 25 years old. Marital status and low annual mileage also ranked highest for average savings. But the amounts can vary widely, with some auto insurance companies offering savings topping 25% while others offer single-digit savings for the same discount. The Good Student discount averaged a savings of 16%.

Ironically, its student drivers that generally have the highest insurance rates to go with those big discounts. Studies show that drivers under the age of 20 are three times more likely to be involved in a fatal crash, according to the Insurance Institute for Highway Safety. And recent data finds the death rate actually increasing after a decade of decline.

(Georgia is the most expensive state to operate a car. For more, Click Here.)

Male teens are likely to pay a higher penalty premium than females, but rates also vary depending upon where you live. A teen driver will boost the family car insurance premium by an average of 116% in Arkansas, but just 18% in Hawaii.

Parents and teens can take steps to reduce the likelihood of tickets and accidents and, in the process, lower insurance costs. The steps range from taking a defensive driving course to ensuring the young motorist drives a car with such safety features as anti-lock brakes.

On average, the InsuranceQuotes survey of 10 insurers found that the average annual premium will rise 84% when a teen driver is added, roughly a $2,000 penalty.  But the precise figure will vary depending upon age, gender and geography.

(Click Here to see the impact teen drivers have on insurance premiums.)

The average male teen driver will sock the family with a 96% increase in car insurance premiums while females cause premiums to rise a more modest 72%.

Not only was the student discount the largest, but also it was available most often: 77% of the time. Additional breaks came for having a concurrent homeowners policy (68%), payment type (46%), marital status (41%), additional drivers training (41%) and vehicle usage (40%).