Use of Car-Sharing Programs Set for 550% Jump 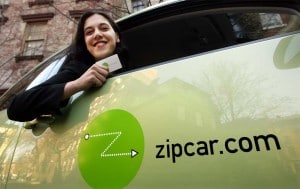 When they need a car, a growing number of Millennials are turning to carsharing services.

If you want to get a hint about the potential for car-sharing programs consider that Hertz, Avis and other traditional rent-a-car firms have purchased pioneers in the short-term rental market, such as ZipCar, over the last couple years.

And, apparently, such moves will be well rewarded, a new study predicting that the number of members subscribing to car-sharing services will surge by more than 550% before the end of this decade – from the current 2.3 million to more than 12 million.

Global revenues are expected to grow even more rapidly, forecasts Navigant Research, jumping from an anticipated $1 billion this year to $6.2 billion in 2020.

Car-sharing services offer an alternative to the traditional vehicle rental approach by targeting those who might have need of a vehicle for as little as an hour, rather than those who want one for a day or more.  In most cases, customers access vehicles at unmanned lots or even at reserved, street-side parking spots.

There are a number of variants to the theme, however.  Pioneering firms like ZipCar offer new vehicles, much like a more traditional rental company such as Avis.  But there are other approaches, such as the one taking by RelayRides, which partners with individual owners who want to earn some money when, say, they are at work, by renting out their vehicles.

RelayRides recently partnered with OnStar to make it easy for a customer to gain access to one of the service’s vehicles – which might be parked in an owner’s driveway or, perhaps, at a commuter train depot. A special OnStar app allows an authorized customer to unlock the vehicle and drive it away, keeping track of billing in the process.

“The advent of mobile apps and vehicle connectivity is driving growth in carsharing services,” suggested the Boulder, Colorado-based Navigant.

(Is carsharing one reason “America’s driving boom is over”? Click Here to find out.)

But the broader appeal, Lisa Jerram, senior research analyst with the research firm, suggests, is that, “Car sharing offers members the ability to enjoy mobility without the expense and hassle of owning a car, or the need to frequently rent a vehicle from a traditional car rental agency.”

The pace of growth is significant and is expected to only accelerate, according to the new study. A handful of brands now dominate and there has been a rush by traditional rental companies to stake out a position in this new world.  Avis, for example, purchased ZipCar, one of the carsharing leaders, last January.

Remaining based in Boston, ZipCar claims to have more than 810,000 members and more than 10,000 vehicles in an expanding global network that now includes operations in the U.S., Canada, the United Kingdom and Spain.

Because car-sharing services allow members to rely on mass transit for much of their needs, “car sharing is viewed by both public and private entities as a powerful tool to reduce urban congestion and lower emissions of greenhouse gases,” said Navigant’s Jerram.