Jaguar Likely to Launch a Wave of New, Small Vehicles 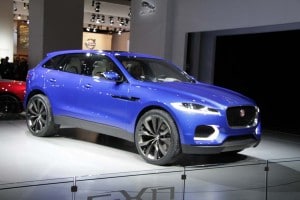 Jaguar is looking to expand its base of buyers with models, like the C-X17 crossover concept.

Jaguar has confirmed plans to launch an all-new small sedan and shown a concept version of what could become its first-ever crossover/utility vehicle. But TheDetroitBureau.com has learned that still other options based on the maker’s new, lightweight compact “architecture” could follow these to market.

That would help a company long stuck with a limited handful of products begin to compete more directly with the leaders in the luxury market, such as Mercedes-Benz, Audi and BMW, who are engaged in a major proliferation of model lines. More importantly, it would let Jaguar rapidly catch up in the fastest-growing segment of the global luxury automotive market.

“We’re planning to use this architecture to span quite a range of products,” explained Jaguar Vehicle Line Director Kevin Stride. The goal is to spread those over a “breadth of segments…and sizes,” adds the long-time Jaguar engineer. 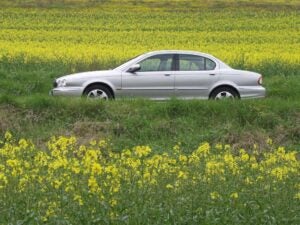 Jaguar looking to expand its lineup, including an entry-level model to replace the largely unloved X-Type.

The public is now getting a first look at the C-X17 show car, one of the options Jaguar could take with the new architecture, formally known within the British maker as iQ(Al), the latter letters a reference to the decision to use lightweight aluminum for the entire, highly flexible platform.

Officially, the C-X17 is just a concept vehicle, but advanced design chief Julian Thompson doesn’t do much to dissuade one from thinking that a production version may soon be on the production plans, following the 2015 debut of the first vehicle based off the iQ(Al), an all-new compact car.  As both he and Stride acknowledge, compact crossover sales are booming, and not just in the U.S.  Many analysts predict it will be the fastest-growing luxury segment worldwide over the rest of the decade.

A CUV would violate the rules for Jaguar, which has traditionally focused on sexy, sensuous sports or sporty car designs – turning over utility vehicle duties to its British partner Land Rover. But the rules may have to change to reflect another industry reality.

“You don’t have to go back very far to see when manufacturers had little niches carved out and weren’t supposed to go anywhere else,” said Jaguar’s advanced design director Julian Thompson. “But things have changed and people are shifting all over the place.”

That doesn’t mean Jaguar will walk away from traditional segments.  The first iQ(Al) project is the long-needed replacement from the old and generally unloved X-Type, a vehicle that never quite hit the mark because Jaguar had to use a compromised platform it shared with former parent Ford Motor Co.

The new model, using the all-new aluminum architecture, promises to be more precisely on target, which is all but certain to mean a more svelte design language closer to what one now sees from the likes of the XF and XJ models, with key design cues strongly influenced by the hot new F-Type sports car. Several of those, including the distinctive taillights, were visible on the C-X17 concept crossover.

While neither Stride nor Thompson would go into specifics, they made it very clear that Jaguar wants to add still more products based on the iQ(Al) compact platform.  Make that “has to” build more.

And it needs them.  First, in today’s market, Jaguar simply doesn’t have the breadth of models to keep even a few paces behind the alphanumeric soup of offerings from the likes of Mercedes, which has added everything from the SLS supercar to the GLA mini-CUV in recent years.

(Click Here to read about the introduction of the Jaguar C-X17.)

Meanwhile, modern economics demand maximum utilization of new platforms, like the iQ(Al) to justify the billions in development cost.  Officials note that new parent Tata Motors has been investing as much as $5 billion annually in product and powertrain development since purchasing the Jaguar and Land Rover brands from Ford five years ago.

The new iQ(Al) architecture was designed to be as flexible as possible, noted Stride.  That means it can support vehicles of different lengths, widths and heights. It can handle all-wheel-drive and rear-drive.  It can even be outfitted to support a possible Jaguar electric drive system.

In fact, he said Jaguar still hasn’t explored them all.  It is not yet sure what the range of options might be and could stretch the iQ(Al) to handle even smaller models that could take on the likes of the BMW 1-Series or Mercedes A-Class, or perhaps something larger than the compact sport sedan now under development.

“We think this is more flexible than any other premium architecture,” Stride stressed.  “We keep finding we can go further.”