Vehicle would target start-up Tesla, as well as established competitors. 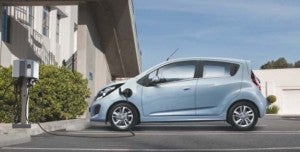 The car GM is developing would yield more than twice the range of a Chevrolet Spark EV.

General Motors plans to more than double the range of the typical electric vehicle – while also sharply driving the cost, according to a senior official.

But with mounting concerns about the slow consumer response to the first wave of battery electric vehicles, Doug Parks, GM’s global product development chief, cautioned the Associated Press that it was not yet sure if or when such a vehicle – projected to cost just $30,000 – would ever go into production.

A vehicle delivering 200 mile range would come close to the range of the Tesla Model S, which is offered with a choice of several battery packs, including an extended-range version that can reach as much as 265 miles on a charge, according to the EPA. 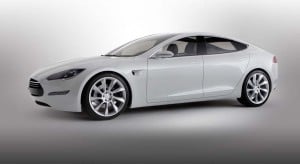 It would also be about twice the range of the $26,685 Chevrolet spark, which offers only about 82 miles on a single charge – in line with most other current battery-electric vehicles, or BEVs, including the Nissan Leaf and Ford Focus EV. Along with their high price tag, studies show that so-called “range anxiety” is the single biggest concern about plug-based vehicles.

Tesla has won significant accolades – and growing sales – by pushing battery range closer to that of a conventional vehicle.  It received the highest test score ever from Consumer Reports magazine, for one thing, and sales this year have consistently exceeded the maker’s own forecasts, helping Tesla beat first and second-quarter earnings expectations even as other manufacturers have fallen well short of initial sales targets for models like the Chevrolet Volt plug-in hybrid and Nissan Leaf battery-electric.

(VW wants to be the global leader in battery car technology. Click Here for more.)

But the Model S also carries a steep premium, the top-range model starting at $71,000 and running to more than $100,000 when fully optioned up.  Tesla CEO Elon Musk has revealed plans to drop that price substantially when a more mainstream model is introduced something after mid-decade.

“Their pricing is up there for a real unique customer,” Parks said of the Tesla Model S. “The real trick will be who can do a 200-mile car for more of the price range I’m talking about. We’re all in races to do that.”

GM earlier this year launched an internal study of Tesla’s products, strategies and capabilities. It is unclear how much that study might influence the development of a vehicle delivering a 200-mile range. One critical difference between the two makers is that Tesla relies on relatively conventional – and widely available – D-cell-style lithium-ion batteries that are mounted into a flat platform underneath the Model S passenger compartment.

The Chevy Volt uses a custom-made, T-shaped lithium battery pack that intrudes into the passenger compartment itself.  The Spark, meanwhile, squeezes batteries under the car’s sheet metal. Those designs would make it difficult to fit a pack large enough to deliver 200 miles range without major breakthroughs in boosting energy density – or amount of power a battery can store in a given mass.

Park’s comments coincided with the opening of GM’s expanded Detroit battery lab, one of its three global research facilities. That facility is being used to test current battery technologies and to help design more advanced batteries, as well as the systems needed to charge them. GM, along with German maker BMW recently became the first two companies to adopt a new plug that could accelerate the roll-out of high-speed charging systems,

That’s another factor, along with price and range, considered critical to more widespread adoption of battery power. Currently, all forms of electrified vehicles, from conventional hybrids to pure BEVs, account for barely 4% of the total U.S. new vehicle market. And plug-based offerings are a mere 0.3% share, according to data from J.D. Power and Associates.