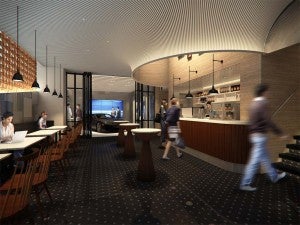 A look inside the new Intersect by Lexus "space" going into an upscale district of Tokyo.

Lexus hopes to intersect with a new generation of luxury buyers with a new showroom concept that blends elements of a traditional car dealership with what potential customers might expect from a boutique, coffee house or club.

The first Intersect by Lexus “brand experience space” will open in Tokyo’s upscale Aoyama district next week, with similar facilities planned for New York, Dubai and other parts of the world.

It’s part of an effort to expand the appeal of the Toyota luxury brand beyond its traditionally prime market in the United States. It’s also critical to help Lexus regain ground which it has been losing to German rivals in both the U.S. and China, the world’s top luxury car markets.

“’Intersect by Lexus,’ seeks to be a comfortable and inspiring space for interaction among people and between people and cars,” explained Mark Templin, the new executive vice president of Lexus International. ”These spaces will evolve as people gather and make connections. Not just a car company’s space, rather a place for everyone to treat as their own unique place,” he said. 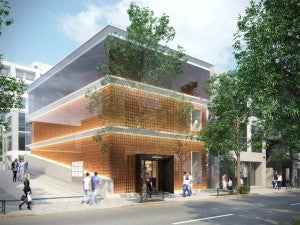 Templin insists the Intersection centers are not dealerships, nor are they traditional retail spaces similar to the ones Tesla has created after the highly successful stores created by Apple. At the new Lexus “Intersect” spaces, guests will be able to “engage” Lexus through design, art, fashion, culture, film, music and technology, he said.

The first floor of Intersect by Lexus in Tokyo will features a café serving modern, Japanese-themed foods,
and the Garage, an exhibition space for car culture and lifestyles. On the second floor a “Crafted By Lexus” shop” will feature a collection of lifestyle items produced by brands that harmonize with Lexus’ philosophies, as well as a library-style lounge.

The flagship Intersect facility in Tokyo Aoyama — as well as future locations planned for “cosmopolitan” cities like New York City and Dubai — were developed by Masamichi Katayama, the a renowned interior designer and founder of the interior design firm Wonderwall, which has done groundbreaking retail and commercial designs in Tokyo, San Francisco and New York.

Lexus has struggled in recent years, fading to third-place in the U.S. luxury market behind BMW and Mercedes-Benz, while it has had a difficult time convincing finicky European motorists it is a genuine luxury brand. A simmering political dispute between China and Japan has meanwhile resulted in a sharp decline in sales of all Japanese brands in the booming People’s Republic.

That’s a particularly serious setback for Lexus in a market now dominated by European brands such as Audi, BMW and Mercedes-Benz considering China is expected to push past the U.S. to become the world’s largest luxury car market before decade’s end.

Lexus is by no means the only luxury automaker looking to change the way it interacts with potential buyers. Mercedes recently set up a unique center for its high-performance AMG products in Beijing. Tesla is battling to overcome various state franchise laws to operate its own Apple-influenced stores. And Lincoln, meanwhile, plans to launch its own Black Label line next year. Not only will that sub-brand feature special designer-influenced interiors but the maker plans to have sales people call on potential buyers at work, home, or even a favorite restaurant, rather than require customers to visit showrooms.