Movie fans will get a chance to vote. 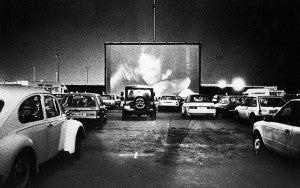 As many as 4,000 drive-ins once dotted the American landscape. Perhaps 350 survive.

They once dotted the U.S. landscape, and for many Americans they were the only place to go to watch a movie. But drive-in movie theaters have been battered by high costs, dwindling attendance and, now, by the threat that new technology could make them obsolete by the end of this year.

In a curious move, a Japanese car company has decided to come to the rescue of this traditional American icon, Honda launching the new Project Drive-In in an effort to rescue at least some of the remaining theaters that continue to operate once the sun goes down.

“Cars and drive-in theaters go hand-in-hand, and it’s our mission to save this decades-old slice of Americana that holds such nostalgia for so many of us,” said Alicia Jones, manager of Honda and Acura social marketing at American Honda Motor Co. Inc. 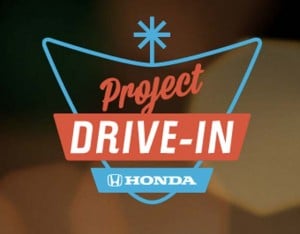 Honda will help five of the remaining drive-ins convert to digital projection.

The first drive-ins opened in 1933, just five years after the debut of the modern “talkies.”  They became wildly popular during the 1950s and 1960s as Americans by the tens of millions move to the booming suburbs. An estimated 4,000 of them once dotted the landscape and became a venue for entire families who would show up for cartoons, shorts and, quite often, double and even triple features.

Drive-ins enhanced their appeal by adding features such as exotic cuisine, places for children to play, even concerts.  And the sprawling parking lots were notorious as a place where those with romantic intentions could cuddle in relative privacy.

But by the 1970s and ‘80s, things started turning against the drive-in concept. Land values and rising taxes forced some to close, as did competition from mall builders and big box retailers. The last drive-in in New Jersey shut down in 1991 and the acres of property in the town of Hazlet now serve an assortment of big and small retailers as well as a 20-screen cineplex.

The move to multiple screens was another harsh blow, as was the introduction of enhanced theater audio systems. The classic drive-in had to compete with a tinny little speaker that could be hung from the driver’s window, though some of the remaining theaters now broadcast sound into cars through FM radio signals.

But the big threat comes as the movie industry prepares to abandon the use of 35mm film, requiring theaters to switch to digital projection systems by the end of this year. According to Honda, that changeover can cost more than $75,000 per screen.

“We’re committed to helping the remaining drive-in theaters flourish with the move to digital projection,” said Honda’s Jones, noting that the maker will ask drive-in movie fans to vote on which theaters to save. It will give digital projectors to the top five vote-getters.

Fans can vote between now and September 9th at www.projectdrivein.com. Honda is also asking consumers to pledge to go see at least one movie at a local drive-in and then donate to the Project Drive-in fund to help those theaters survive economic hard times.

The site also features an online auction where fans can bid for tickets to the Los Angeles premier of the new movie, Cloudy with a Chance of Meatballs 2, and additional film-related merchandise. The maker also plans to launch drive-in pop-ups at Honda dealerships around the country featuring the animated sequel.