Plenty of losers - but a handful of winners. 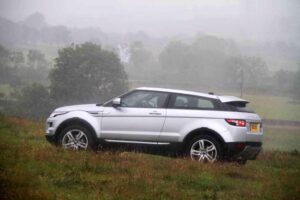 Emerging from the gloom? Land Rover was one of the few brands posting a sales upturn.

Despite hopes that the European market might have finally bottomed out, car sales for the first half of 2013 plunged to a 20-year low, according to industry data, with little sign that the downturn is about to reverse itself.

According to new data from the European Automobile Manufacturers Association, or ACEA, new vehicle registrations continued to slip with a decline of 6.3% in June, bringing total sales for the first six months of the year to just 6.44 million, a 6.7% drop.

“Little will change until the middle of next year,” warned BMW CEO Nobert Reithofer in a German interview, predicting the market will be down about 5% for all of 2013. “Perhaps we will see a slight pick-up in Western Europe in the second half of 2014.”

The European slump reflects the region’s wider financial problems touched off by a sovereign debt crisis that nearly sank the economies of Greece, Spain and several other nations with over-extended debt.  But the situation appears to have been worsened of late by signs of a slowdown in some of the Continent’s more powerful markets, notably Germany and France where exports have been on the decline in recent months.

As a result, the ZEW index of German investor and analyst expectations took a sharp tumble this month.  Other surveys have shown similar declines in consumer confidence.

“The challenges are huge…in those countries that are still in deep recession,” Jens Kramer, an economist at Hanover, Germany’s NordLB told the Bloomberg news service.

Most makers and most of Europe’s national markets continued to shrink last month.  Among the five largest markets, only the U.K. was up, a countervailing 13%, while the other regional powerhouses, Germany and France were down 4.7% and 8.4%, respectively.  The United Kingdom, in fact, has been running counter to the downward slide all year, so far gaining 10%.

Even the traditionally strongest manufacturers have been struggling this year, Volkswagen AG declining 4.4%, with its high-line Audi brand down 8.8%, according to industry figures. Italy Fiat SpA was off 10% for the first half, with France’s Peugeot off 13.3%, one of the worst declines of any major brand and a further worry for a company desperate to reverse mounting, multi-billion dollar losses. Honda was the rare winner among mainstream brands, with a sale gain of 6.4%.

“By any standards, the region remains a dreadful zone for most manufacturers,” Carlos Da Silva, a Paris-based analyst with IHS Automotive consulting company, told Bloomberg.