Fiat May Move HQ from Italy to US 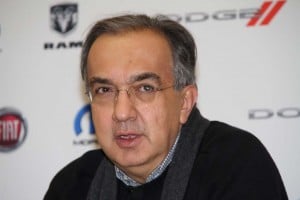 Fiat/Chrysler CEO Sergio Marchionne has some critical decisions to make in the coming months.

With Fiat SpA hoping to wrap up its takeover of Chrysler LLC sometime this year, the maker appears to be thinking over what could be an equally significant step, the possible move of its corporate headquarters from Italy to the U.S.

Marchionne recently indicated he’d like to switch from having Fiat, Italy’s largest manufacturer, listed on the Milan exchange and instead traded on the New York Stock Exchange. But several sources say the Canadian-educated executive is also giving serious thought to basing the merged automaker out Chrysler’s sprawling campus in the Detroit suburb of Auburn Hills.

It would be a sharp blow for recession-plagued Italy, but perhaps no surprise despite the fact that Fiat has been headquartered in the northern industrial city of Turin since it was founded in 1899 as Fabbrica Italiana Automobili Torino.

Marchionne has frequently criticized both the Italian government and the country’s unions for creating an uncompetitive work environment. Fiat received numerous concessions over the last several years but only after bitter wrangling and the threat that Fiat would transfer production from Italy to more efficient plants in the U.S. and other parts of the world.

Meanwhile, with Europe’s automotive market in a tailspin, the maker has become steadily less dependent on it for sales and revenues.  As recently as 2004, Europe generated 90% of Fiat’s worldwide 27 billion Euros in sales. By last year, revenues had grown to 84 billion Euros, in large part due to the acquisition of Chrysler, while Europe’s contribution had dropped to just 24%.

“Europe is becoming a less and less relevant fact in the scheme of things,” Marchionne told automotive analysts last month.

Ironically, while Fiat had to rescue a bankrupt Chrysler in 2009, the U.S. maker is now helping prop up its Italian ally.

Beyond the U.S., Fiat and Chrysler are looking for significant growth in China, Latin American markets such as Brazil, and other emerging regions.

Nearly empty in the years between the break-up of DaimlerChrysler AG and its emergence from Chapter 11, insiders say Chrysler’s Detroit campus – which includes a headquarters tower and a vast technical center responsible for much of Fiat/Chrysler’s product development work – has become the single most important operation in the global corporate empire. Fiat maintains only a marginal staff in Turin anymore.

Marchionne, meanwhile, is often working in the air as he travels from one Fiat/Chrysler facility to the other, including the many new operations the maker has been establishing around the world.

How soon Marchionne might consider a move from Italy is uncertain, though it is not expected he would take action before completing the purchase of the 41.5% of Chrysler Fiat still does not own.

The Italian maker acquired its first 20% stake following Chrysler’s emergence from bankruptcy and steadily increased its holdings by meeting a series of benchmarks set during the federal bailout. But the remaining stake is in the hands of the United Auto Workers Union’s retiree health care trust, or VEBA, and the two sides are disputing the value of those shares in Delaware court. A decision is expected sometime over the summer.

The court’s decision will likely determine whether Chrysler simply buys out the UAW’s stake or is forced to stage an IPO for the remaining Chrysler shares. It is also possible Marchionne will help fatten the treasury by offering an IPO for the combined company.