Lots of new models and brands. 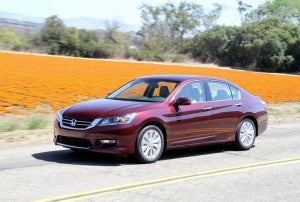 Honda returns to the CR Top Picks with three models - including the new Accord sedan.

With 100s of cars, trucks and crossovers on the market and scores of new models making their debut, picking the right vehicle can be something of a daunting task.

Sure, many buyers are loyalists who will trade in for the some product over and over again, but more and more consumers are willing to look elsewhere if it means getting a safer, more reliable, more attractive and more affordable vehicle. And with fuel prices nudging record levels, buyers seem more willing than ever to consider a switch.

And many of them turn to the non-profit publication Consumer Reports for guidance, especially when the magazine issues its annual Top Picks. Though its list of choices in 10 categories won’t reach print until the April auto issue, CR editors have given a heads-up on what models it they have chosen, models CR declares are “as close as it gets to no-brainers.” 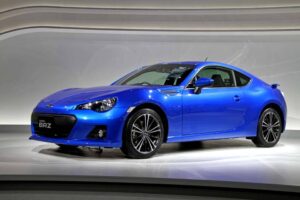 Subaru lands on the Top Picks - in a tie with Scion for best sports car.

There were some surprises in the list, announced during a meeting of the Washington Automotive Press Association, notably the fact that seven of the 10 were new to the Top Picks list this year, including a tie in the sports car category between the Scion FR-S and Subaru BRZ. Honda, long a favorite of CR, was shut out in 2012 but lands three models on the much-followed list this year, while Audi and BMW show up for the first time.

To pull together its 17th annual Top Picks, CR’s auto editors considered a variety of factors, including the responses to the yearly survey it conducts of subscribers who this time weighed in on 1.2 million vehicles they own.  “Average or better predicted reliability” was the price of entry.  The winners also had to score well in both government and insurance industry crash tests, and rank “at or near” the top in each category during the magazine’s own road tests.

Significantly, CR also considered each model’s real-world fuel economy, rather than the EPA ratings, which likely hurt some models that the magazine has faulted for delivering far worse mileage than claimed on the window sticker.

Here are the CR Top Picks:

Followers of the CR Top Picks list may notice a glaring absence, incidentally. With two major new entries into the full-size pickup segment, editors chose to withhold judgment until they get a chance to test the redesigned Ram 1500, Chevrolet Silverado and GMC Sierra models.