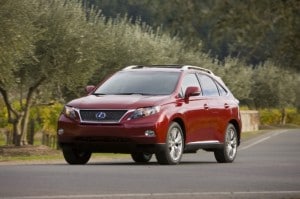 For the third time in four years, Toyota Motor Corp. recalled more vehicles than any other automaker operating in the U.S. market during 2012.

Toyota’s various safety-related service actions involved a total of 5.3 million cars, trucks and crossovers last year, nearly half of those in a single recall involving potential vehicle fires.  That problem pushed the Japanese giant past Honda, which led the recall list in 2011 and came in second in 2012 with 3.9 million vehicles involved in such safety campaigns.

But the industry, on the whole, called back 16.2 million vehicles last year, a list that also included motorcycles, trucks and RVs. That was a 4.5% increase over 2011, according to a study of National Highway Traffic Safety Administration data by the Detroit News. 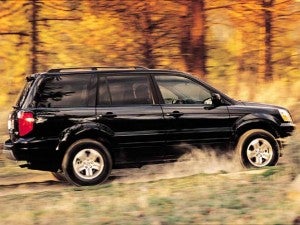 The 2004 Pilot was one of the many vehicles Honda targeted for recall last year.

In October, Toyota announced the largest recall in its history — a move impacting 7.5 million vehicles worldwide and 2.5 million in the U.S.  – due to faulty window switches that could short circuit and catch fire. In fact, problems related to vehicles plagued a variety of manufacturers in 2012. Other common problems leading to large-scale recalls involved faulty airbags, excessive corrosion and rollaway vehicles.

Honda ordered the recall of 800,000 vehicles last month due to faulty transmissions that could allow a vehicle to slip out of park and roll away unexpectedly. But Toyota’s Lexus luxury division ordered the repair of 700,000 vehicles the same day due to faulty emergency trunk releases. Officially classified as a “service action,” that problem was not counted in the Toyota total and would have otherwise pushed the Japanese maker’s recall total to 6 million.

During Congressional hearings in February 2010 called to examine Toyota’s problems with so-called unintended acceleration, the maker’s chief executive Akio Toyoda promised a crackdown on safety problems and a spokesman described last year’s recall record as an example of being “proactive” on potential problems.

But not everyone is taking as positive a view. The NHTSA, in fact, issued its largest single fine ever against Toyota this past year, $17.35 million for delaying a recall of Lexus vehicles involving potential problems with unexpected acceleration. It was the fourth time Toyota had paid the maximum allowable penalty for illegally delaying recalls since 2010.

The maker, meanwhile, ended last year with a tentative settlement of hundreds of unintended acceleration lawsuits expected to total as much as $1.4 billion.  But the deal reached in U.S. District Court in Santa Ana, California still leaves Toyota facing the possibility of a trial involving dozens more cases filed by those who claimed to have been injured – or on behalf of those killed – by runaway Toyota products. Those claims could be heard as early as February.

But Toyota was just one of three makers penalized by federal safety regulators. BMW AG and Volvo Cars also faced multi-million dollar fines for failing to issue recalls on a timely basis.

Notably, while the number of vehicles involved in recalls rose last year, the actual number of individual safety campaigns declined slightly, to 587 from 593 in 2011.  That reveals a significant trend increasingly impacting vehicle safety.

Analysts suggest that the industry has, indeed, become more proactive since the Toyota problems of 2009 and 2010, makers now recalling vehicles for problems that might have escaped attention only a few years ago – or which might have been targeted for a less extensive service action.

General Motors announced a recall just this month for its own problem with runaway cars, workers at a light truck plant discovering a potential transmission defect. All but a handful of the vehicles involved were still in transit or on dealer lots.

GM came in third among manufacturers with 1.5 million vehicles recalled in 2012. That was up from just 500,000 in 2011 – but the number of individual recalls at GM dropped from 22 to just 17 year-to-year.  The maker’s biggest recall involved 413,000 Chevrolet Cruze models due to potential engine fire problems.

Ford Motor Co. was fourth on the list, with 1.4 million vehicles affected by 24 separate recalls – the most individual campaigns by a single maker.  Ford had its own problems with fire-related issues, including three involving the all-new 2013 Escape crossover.