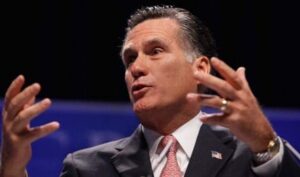 GOP candidate Romney is now taking fire back from Chrysler and General Motors.

This story has been updated to include a late response by a Romney campaign official.

GOP presidential candidate Mitt Romney is facing allegations he personally profited from the auto bailout he has repeatedly criticized while his hedge fund allies left thousands of Delphi retirees out in the cold, leaving the federal government to cover the cost of their retirement benefits.

The former Massachusetts governor has also championed the cause of Delphi salaried retirees whose pensions were terminated during its bankruptcy, insisting the deal that helped the giant automotive supplier emerge from Chapter 11 was rigged to favor union employees.

But a new story by The Nation outlined Romney’s investment in the hedge fund, Elliott Management, which was heavily involved in restructuring Delphi Automotive, the bankrupt supplier critical to General Motors. A significant part of the Romney family fortune is managed by Elliott Management, which is operated by Paul Singer, a billionaire who is also one of the largest donors to Romney’s 2012 presidential campaign.

Separately, both General Motors and Chrysler have fired back at the GOP candidate declaring he has been “inaccurate” in claims that the two makers – both rescued by 2009 government bailouts – have used public funds to transfer jobs from the U.S. to China. GM declared the latest Romney ads “politics at its cynical worst.”

The Republican presidential candidate, who was born in Michigan – where his father once served as governor and had previously run American Motors – has been a strong opponent of the automotive bailouts that began in 2008 under former Pres. George W. Bush and were expanded by his successor, Barack Obama, ultimately to a total of $84 billion.  Former Massachusetts Gov. Romney has said he preferred a “managed bankruptcy,” but has recently taken credit for helping GM and Chrysler recover.

Romney has also joined several Republican Congressmen, who have claimed the Delphi bankruptcy process was heavily tilted in favor of the union.

But United Auto Workers Union  President Bob King said this week that Mitt Romney and vice presidential candidate Paul Ryan are the last people who should be championing the cause of Delphi salaried workers whose pensions were terminated during the General Motors and Delphi bankruptcies.

“Despite opposing the auto rescue, Romney personally profited off the deal that cut the pensions of workers at Delphi Automotive, an automotive parts division spun off from GM in 1999,” said King, who cited the report by “The Nation” to support his assertion.

King referred to claims that Elliott Management swooped in to buy – for pennies on the dollar – a controlling interest in Delphi during its bankruptcy. “The Romney campaign has not denied that they made at least $15 million and as much as $115 million off (their) investment in the hedge fund that controlled Delphi after its bankruptcy,” King said.

The exact size of Romney’s capital gain from the transaction is not clear because he has never released tax returns for 2009 and 2010.

But the article in the left-leaning Nation sticks close to the historic and public record.

Elliott Management was part of a small group of hedge funds that leveraged more than $12 billion in rescue funds from the U.S. Treasury Department and GM, by threatening to withhold components critical to the assembly of GM cars. Steven Rattner, former counselor to the Treasury secretary in the Obama administration during the auto restructuring, likened it to “extortion demands by the Barbary pirates,” King noted.

The group of which Elliott Management was part also managed to trump a bid by Los Angeles-based Platinum Equity, which is led by Tom Gores, a Michigan State University alumnus who grew up in Flint, Michigan, and who was offering capital to help his home state rebuild after the devastating recession.

After failing to gain control of Delphi, Gores went on to purchase the Detroit Pistons, which some observers thought might flee the Motor City for a more economically stable climate.

As part of the deal to bring Delphi out of bankruptcy, the Elliott hedge fund dumped the Delphi pensions on the federal PBGC, which by its own rules had no choice but to trim the benefits of some 20,000 salaried retirees.,

“It was Mitt Romney’s major campaign contributor – not the Obama administration – who forced the termination of all of the Delphi pension plans for both union and salaried workers,” King said.

“GM is paying the portion of the pension of UAW members that is not covered by the PBGC [Pension Benefit Guaranty Corp.], because it is honoring an agreement in place since 1999, when Delphi was spun off from GM. We have always supported the salaried Delphi workers receiving their full pensions, and it is unfortunate that Mitt Romney, after dumping their pensions, is further exploiting these workers for his personal gain. Delphi’s major new owners made enough profit in just one year to have fully funded these salaried workers’ pensions and still made $400 million,” King added as he sharpened his attack.

“So while Romney was opposing the rescue of one of the nation’s most important manufacturing sectors, he was building his fortunes with his Delphi investor group, making his fortunes off the misfortunes of others. The company Romney founded, Bain Capital, continues to devastate American workers and communities by closing profitable U.S. facilities and shifting work to China to make even more profits,” King said.

GM officials have noted Delphi’s salaried pension fund was fully funded when Delphi was spun off by the automaker in 1999. But the fund was underfunded by 2009 and several former Delphi executives were facing SEC charges for manipulating the company’s legally required financial reports.

Former Delphi CEO J.T. Battenberg was ultimately found guilty of civil infractions of SEC rules after a trial in US District Court in Detroit.

Meanwhile, Romney’s Bain Capital has come under fire for its role in moving jobs from a plant in Freeport, Illinois to China, idling 170 workers.

The Sensata plant in Freeport owned by Bain Capital makes sensors and controls for auto manufacturers and is now slated to shut Nov. 5 – the day before Election Day – kicking 170 workers to the curb while, says the UAW, sending their jobs overseas to Chinese sweatshops.

King said Sensata has forced workers at the Freeport plant to train replacements from China and even reduced their severance packages. Workers and their supporters have been camping out across from the plant – at “Bainport Encampment” – to bring attention to their cause.

“Mitt Romney has never stood up for American workers, and Bain Capital has put people before profits over and over,” King said. “Romney stands silent but stands to profit as Bain Capital offshores American jobs to China, even though the workers in Freeport make a modest wage of $14 to $17 per hour,” said King, adding that investigators have documented the exploitation of the overwhelmingly young and female workforce at Sensata’s Chinese facilities.

What’s particularly unusual about the events of recent days is that the UAW and two of Detroit’s Big Three automakers have all called attention to claims made by the GOP presidential candidate.

On Tuesday, Chrysler CEO Sergio Marchionne directly contradicted as “inaccurate” comments repeatedly made by Romney – and used in the candidate’s ads — claiming Jeep production would be moved to China. If anything, the executive said in a letter to Chrysler employees, the company has been investing billions and adding thousands of jobs to expand U.S. Jeep production.

A Romney ad running in Ohio also claimed “GM cut 15,000 American jobs,” suggesting they would be transferred to China.  But the maker also called that incorrect.

“We’ve clearly entered some parallel universe during these last few days,” GM spokesman Greg Martin said. “No amount of campaign politics at its cynical worst will diminish our record of creating jobs in the U.S. and repatriating profits back to this country.”

As of Thursday morning, the Romney campaign appeared to be continuing the controversial ad campaign in Ohio. As for the role of the Romney trust controlled by Elliott Management, “It was held in a blind trust, which Gov. Romney had no control over,” claimed GOP campaign spokesman Michael Levoff. As with other financial issues involving the candidate, records such as tax returns are not being made available to help confirm such a statement.