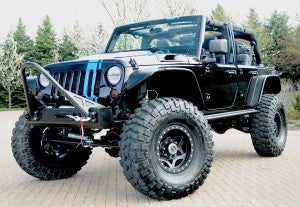 The Jeep Wrangler Apache, with its 6.2-liter Hemi, can power over almost any obstacle. All photos: Credit Jim McCraw.

The folks at Jeep are used to overcoming some tough obstacles – like the ones on Utah’s grueling Moab Trail, which serves as the site of the maker’s annual Easter Safari.

But even as Jeep officials rolled out an assortment of SUV concepts specifically designed for the Moab run, they acknowledged they’re facing some even tougher challenges in the months ahead.  But it’s not all bad news.

“We’re selling out of every model, every month,” said Jim Morrison, director of Jeep Brand marketing, during a Tuesday new conference.

In fact, it’s a problem compounded by Jeep’s increasing popularity outside the U.S., Mike Manley, president of the Jeep brand, told reporters at corporate headquarters in Auburn Hills, Michigan.  Jeep is not only short of vehicles in the US but also in Australia, China and Europe where demand for its vehicles has been very strong.

“We’re still running ahead of the industry,” said Manley, who noted Jeep sales are up 37% worldwide this year. 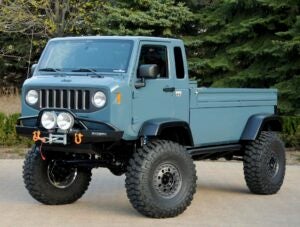 Potential solutions include adding extra shifts and increasing line speed at some of the maker’s plants, added Manley. Chrysler has already confirmed plans to add a third shift at the Jefferson North Assembly Plant, in Detroit, which builds the Jeep Grand Cherokee, sometime later this year or early in 2013.

Adding capacity will give the maker the chance to continue expanding its line-up.  Just this week, Jeep announced plans for a line of limited-edition variants, dubbed “Altitude,” which it will offer on the Grand Cherokee, Compass and Patriot model lines. 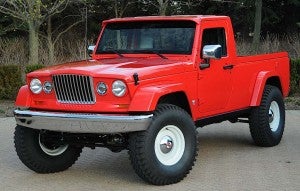 And it’s looking for still more specialty models, which is why Jeep aficionados keep such a close eye on the annual roll-out of Moab concepts.  This year’s list includes the Grand Cherokee Trailhawk concept, which takes the premium Jeep model’s off-road prowess to a new level, while providing a one-of-a-kind, more aggressive visual punch sure to delight Jeep enthusiasts. 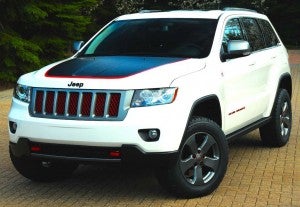 The Mighty FC Concept features Mopar portal axles; harkens back to the days when Jeep buyers were more likely to heading to the back woods than a downtown restaurant.

The other Jeep vehicles prepared for Moab, according to Jeep design director Mike Allen, include the Jeep J-12 Concept truck, with its extended version of the Mopar JK-8 conversion kit, which can turn a Jeep Wrangler into a pickup truck, and the Mighty FC Concept which harkens back to Jeep Forward cab models of the 1950s and 1960s.  Meanwhile, the Jeep Wrangler Traildozer features extreme 37-inch tires that can crawl over just about any obstacle. 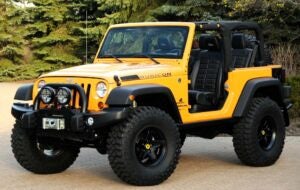 To create these new vehicles, Jeep teamed with Chrysler’s parts and service division, Mopar, which celebrates its 75th anniversary this year and offers more than 1,000 accessories and performance parts for Jeep vehicles from a new catalogue devoted to off-road accessories.

“Mopar is tapping into a growing trend among extreme Jeep enthusiasts who want even more power and capability on the trail,” said Pietro Gorlier, President and CEO of Mopar, Chrysler Group LLC’s service, parts and customer-care brand. 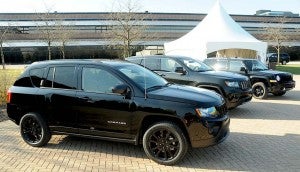 Since 2002, Jeep and Mopar have teamed to create more than 30 unique concept vehicles for enthusiasts who attend the popular Easter Jeep Safari.

“This year, Mopar is pushing the envelope in this arena by offering our customers new Pro 60 portal axles and a new HEMI conversion kit, which we will showcase in these new vehicles. In addition, to further maximize our presence in the off-road market, we are creating a Mopar Off-Road division to develop Jeep Authentic Parts and Accessories,” Gorlier said.