Device Shuts Down Cellphones While Driving

A digital way to hang up. 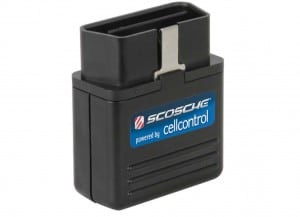 Scosche blocks the use of cellphones while a car is in motion.

Some drivers just can’t seem to hang up the cellphone – even with tough fines in place in many parts of the country.  So, a new digital device will do it for them.

Dubbed Scosche, the manufacturer claims the device not only will prevent calls from being made from a moving vehicle but the technology also will prevent text messaging, the use of e-mail, even blocking the use of a cellphone’s camera and other apps.

And should you use the device to try to get your teenagers to focus on driving the system will send its own text message or alert if it’s either tampered with or itself disabled.

About the size of an inkjet printer’s ink cartridge, Scosche starts at $129.95 and can be purchased at a variety of locations, including at the mega-website Amazon.  Notably, it’s listed alongside of some other gear the company produces that makes it easier to make calls or use devices like external navigation systems and satellite radio receivers.

Is the company being a bit hypocritical? Not necessarily.  It notes that the anti-cellphone device automatically goes into standby mode when the vehicle isn’t moving.  And it also disables itself when it detects that a hands-free calling system is in use.

The maker claims the system will work with at least 1,200 current cellphones.  It requires the blocker to be connected to a car’s OBD II system – normally used to access data on vehicle performance.  Once it’s hooked up, it just requires going online to download a special app onto the cellphone or mobile device.

One downside is that the system can’t tell the difference between a cellphone in the hands of the driver and one being operated by a passenger if they both are equipped with the app.

The technology doesn’t put out an RF field, like some cellphone blockers – which a few hotels have used to force guests to make calls from the house phone system – so it won’t run into a problem with the FCC.