All new product will be fifth in Tuscaloosa. 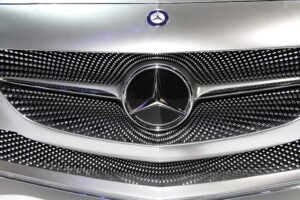 Mercedes-Benz will add an all-new model at its Alabama assembly plant.

Daimler AG plans to spend $350 million to produce another model at it US production center in Tuscaloosa, Alabama, starting in 2015, and also plans to add jobs next year at its Western Star truck plant in Portland, Oregon.

The entirely new Mercedes-Benz model will roll off the production line as its fifth product and is expected to add some 400 additional jobs at the plant.

Dieter Zetsche, Chairman of the Daimler Board of Management and Head of Mercedes-Benz Cars, said the new model coming to Tuscaloosa is part of the company’s plans to broaden its product line.

“This new model from the Tuscaloosa plant is an important element of our growth strategy. It is one of the ten additional models which we will introduce within the next four years alone across all segments,” said the CEO, adding that, “At the same time, we are systematically broadening our manufacturing footprint in the NAFTA region.”

That’s no surprise, according to industry analysts.  All European marques are facing problems with lopsided exchange rates, which are making it difficult to turn a profit on their imports.  That is why other brands, such as BMW and Volkswagen, have been increasing their North American manufacturing operations — and why Audi is giving serious thought to a U.S. plant of its own.  But Daimler is proving particularly aggressive in its dependence on Tuscaloosa.

In July, Daimler announced it was planning to invest more than $2 billion in the Tuscaloosa plant. With the new announcement, the total, investment in the plant between 2010 and 2014 will climb to $2.4 billion, while the number of newly created jobs will add up to 1,400.

“We are looking forward to making further important contributions to the product offensive of Mercedes-Benz,” said Markus Schaefer, President and CEO of the manufacturing operation.

In addition, Daimler Trucks North America also has announced it is planning a second shift as it ramps up production at its Portland Truck Manufacturing Plant in Portland, creating approximately 350 new jobs at the facility by the end of 2012. The additional workers represent a nearly 50% increase in personnel at the plant and will include approximately 330 line workers, and an additional 20 engineering and support positions to facilitate increased production.

The increase in production capacity and hiring comes in response to a strong and steady rise in Western Star orders throughout 2011 and company expectations for continued growth in 2012. Western Star trucks are sold internationally with key sales in the U.S., Canada, Australia, South America, South Africa and Indonesia. The Portland plant currently employs approximately 700 production workers and 50 engineers, managers and support staff.

“We are delighted to be able to make this announcement today here in Portland and proud of the achievements of our Western Star workforce. The growing demand for our Western Star products is testimony to our brand focus on premium customer specifications combined with our leading powertrain technology,” said Martin Daum, president and CEO.