Maker hoping to buy time to line up new funds. 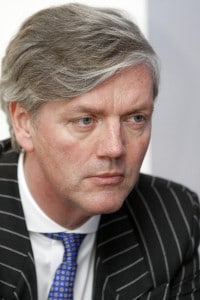 Saab Chairman Victor Muller may be forced to seek court protection to avoid the complete collapse of the Swedish company.

With another payroll likely to be missed and suppliers still refusing to provide the parts it needs to re-open its headquarters assembly plant, Saab is reportedly ready to seek court protection to buy time as it goes searching for more funding.

The news came hours after the maker said it would delay the release of its first-half 2011 financial report.  That report, now scheduled for next week, is expected to be grim.  The maker has produced only a small number of vehicles since it was struck by a supplier boycott, in late March, triggered by unpaid bills.  Despite lining up a series of potential alliances that management had hoped would resolve its financial problems those deals remain tied up in bureaucratic analysis leaving the maker struggling for its survival.

In a terse statement, parent company Swedish Automobile N.V., or SWAN, said it was “aware of certain reports in Swedish media related to a possible filing…for a voluntary reorganization under Swedish law.”

The statement neither confirmed nor denied the reports, first aired on Swedish public radio but said only that the company is “evaluating all available options” and is “in discussions with several parties to secure the short-term and medium-term funding of Saab Automobile to restart and sustain production.”

The carmaker, based in Trollhattan, Sweden, has been in increasing financial trouble in recent years, a situation that it had hoped to resolve after it was sold off by General Motors in early 2010.  But the Dutch-based buyer, originally known as Spyker Cars, was severely underfunded, a situation worsened by the nearly two-month delay in restarting the Trollhattan plant after the GM sale.

Key suppliers decided to boycott the factory in March forcing Saab Chairman Victor Muller to seek additional funding.  A proposed deal with a small Chinese carmaker fell through but Saab then lined up a pair of asset sales to a second Chinese automaker, Zhejiang Youngman Lotus Automobile Co., as well as the huge Chinese auto retail chain Pangda. But those ventures have been wrapped up in red tape with a variety of government organizations in Europe and China – as well as the European Investment Bank – so far failing to give formal approval.

Saab did get some cash from the Global Equity Management, or GEM, fund, but other proposed deals – including an investment by Russian banker Vladimir Antonov – have also been put on hold.

Hopes of re-launching production in Trollhattan early this month collapsed and without new products to sell the maker has fallen further into debt even as it has struggled to keep payment workers in Sweden and elsewhere.

Earlier this month, Swedish authorities indicated they might seize Saab’s remaining assets in a bid to ensure its bills are paid.  If the carmaker does file for court protection it would likely buy itself at least some additional time, however.

An administrator would be assigned to work with management as the company continues to press for approval of the deals it has already lined up – or gets alternative funding approved.

Adding further concerns, a number of Saab retailers around the world have indicated they will abandon the brand, which could hurt its chances even if and when production in Trollhattan resumes.  The latest to walk away is Sweden’s Holmgrens Bil, CEO Benny Holmgren saying he could not support the company after learning Saab board members received pay increases recently, even as the rest of the staff waited for their checks.

“We feel we can’t, or don’t want to, support Saab’s actions when it time after time doesn’t live up to its commitments toward customers, retailers and suppliers,” he said.

A Saab spokesperson said that despite approving an increase, board members have received no remuneration since April.