Increasing opportunity as automakers drop spares to save weight, space. 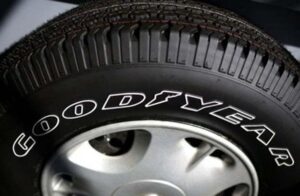 While today’s tires last longer than ever, flats and blowouts still occur occasionally, but what might have been a minor inconvenience in the past has become a potentially serious situation since more and more automakers are switching from standard spares to downsized emergency tires – or eliminating spare tires entirely.

But Goodyear is hoping it has a solution that can provide a safety net for motorists – and a big bump to its bottom line.  The tire maker is working on a new concept it calls Air Maintenance Technology that could all but eliminate the need for spare tires on any vehicle.

The AMT technology uses a miniaturized pump contained within the tire itself to maintain the optimal pressure.  The system would effectively be able to overcome all but a major leak or blow-out.

“This will become the kind of technological breakthrough that people will wonder how they ever lived without,” said Jean-Claude Kihn, Goodyear’s Chief Technology Officer.  “A tire that can maintain its own inflation is something drivers have wanted for many years. Goodyear has taken on this challenge and the progress we have made is very encouraging.”

According to a report by Edmunds, the number of vehicles equipped with conventional spare tires has decreased by 38% — or 51 vehicles – over the last five years.  While many of those models have been switched to mini-spares, others have no spare at all anymore.

One solution is the use of so-called “run flats,” tires with incredibly stiff sidewalls that can continue to be driven – albeit at lower speeds and for short distances – even after a catastrophic failure.  But eventually, a motorist using a run-flat would need to find a garage or some other source for a repair or replacement tire.

Goodyear’s AMT could eliminate that need almost entirely.  It could also ensure that tires stay inflated under normal conditions.  Studies show that modern motorists tend to forget to check tire inflation, yet a severely underinflated tire can reduce fuel efficiency by as much as 3.3%, Goodyear says, even while impacting a vehicle’s handling and braking ability.  Low tires are also more likely to wear out prematurely.

Conceivably, the AMT system would make it unnecessary for a motorist to even bother checking.

“While the technology is complex, the idea behind the AMT system is relatively simple and powered by the tire itself as it rolls down the road,” said Kihn.

The development of the AMT tire is being partially funded with the help of a $1.5 million grant from the Department of Energy.  That project is focused on developing the technology for commercial truck tires.

A separate grant focusing on consumer tires has been provided by the government of Luxembourg, where Goodyear has its Innovation Center.

The tire maker has not said when it hopes to bring the Air Maintenance Technology to market.