“A Car is Not a Mobile Device,” Warns NHTSA Chief 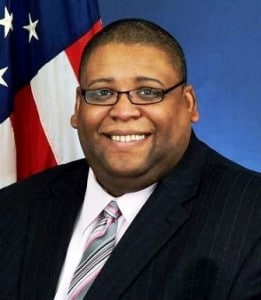 The technology is now available to offer pretty much any high-tech service a motorist might want, from in-car Internet access to live video on the go, but the nation’s top safety regulator threw some cold water in the face of those who’d like to capitalize on these lucrative technologies at the potential risk of those on the road.

The high-tech and automotive industries have found common ground in recent years.  Automakers, as well as aftermarket vendors, are offering an array of new features that can be stuffed into the passenger compartment.  There’s onboard mapping, of course, as well as real-time traffic and weather.  Motorists can find the cheapest local gas station, listen to Internet radio and have their text messages and e-mail read out in a synthesized voice.

All manner of new apps and systems are being unveiled at the telematics conference.  And for good reason.  The rise of the smartphone has clearly underscored the public’s appetite for technology they previously could only get at home or in the office – if at all.

Advanced systems, such as Ford’s popular Sync, have been shown to improve brand recognition and owner loyalty – and can generate substantial revenue streams, as well.

But there’s a down side to the telematics revolution, underscored by government estimates that thousands of motorists and pedestrians are being killed each year due to driver distraction.

Federal rules have placed some limits on what technologies can be used in a car and when.  A dashboard-mounted navigation screen cannot display movies or TV, for example, when a vehicle is in motion.  Many states and municipalities, meanwhile, have banned the use of handheld cellphones and made it illegal to text while driving.

But critics, like Strickland and his boss, Transportation Secretary Ray LaHood, believe those steps haven’t gone far enough.  Some would ban the use of even hands-free  cellphone technology, and severely limit other new high-tech features.

Safety, not profits, must be the first priority, the NHTSA chief told his audience.

“I’m not going to dispute that people want these services,” Strickland acknowledged.  “They do.  Especially the generation behind us.  They’re used to being connected 24 hours a day.”  But that does not mean that motorists should or need be connected at all times, he added.

The NHTSA director did not turn thumbs down on everything he surveyed, praising systems that can notify first responders when an accident occurs, as well as technology that can remotely diagnose and warn of problems with a vehicle.

That’s been one of the core offerings of General Motors’ OnStar, which also lets a driver remotely open a vehicle’s doors if they’re locked accidentally.  But OnStar is looking to challenge newer competitors, such as Sync, and is testing features such as an app that would allow a driver to listen to Facebook postings through the use of synthetic speech.  The system would allow a user to then reply by recording an audio update.

While Strickland didn’t specifically single out makers for criticism, he cautioned that, “We will not take a backseat while new telematics and infotainment systems are introduced. There is too much potential for distraction of drivers.”

He also expressed interest in technology under development, such as the Google car that can drive autonomously, though Strickland also warned that “I just don’t think the public is ready for that.”