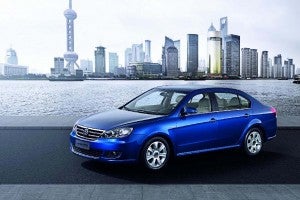 As if to underscore the increasing power of what was once derided as the “Third World,” and de-emphasize more established markets like the U.S., global auto sales will hit an all-time record this year, forecasts J.D. Power and Associates.

A total of 76.5 million vehicles will be sold around the world, the company predicts, up from the record 72 million mark hit just last year.

But while the slow U.S. recovery will certainly play a part, forecasters say the real driver behind the record trend is China, along with other emerging markets such as India and Brazil.

Notably, for the first time, emerging automotive markets accounted for more than half of global light vehicle sales, in 2010, reported the consulting firm’s senior vice president John Humphry, “clearly signaling the shift of power in the global automotive market.”

While that momentum is expected to continue, however, the motor vehicle boom is occurring almost everywhere.

“Overall growth in the world economy has been supporting further recovery in auto sales,” said Humphrey, head of Power’s Automotive Operations, adding that there are clear “signals of stability and increased consumer demand” around the world.

The U.S. market reported an 11% increase in motor vehicle demand in 2010, reaching 11.6 million.  Most analysts expect to see the numbers reach or exceed 12.5 million this year.

But China is expected to continue growing at a pace well into the double digits following a 30% jump last year.  In fact, December sales would have worked out to an annualized rate of 19 million vehicles.  That has led many to predict the market will become the first ever to see annual sales top 20 million, and barring some significant economic and political problems, that very well could occur in 2011.

“China continues to be the market to watch in Asia, and the driver for global market growth,” said John Zeng, director of Asian automotive forecasting at J.D. Power Asia Pacific, Shanghai. “China’s automotive market remained robust in 2010, defying all expectations that the market would slow along with the economy. We expect sales to slow somewhat in 2011, but still maintain double-digit growth.”

South American sales, meanwhile jumped about 6%, according to Power, though the key Brazilian market set a much more aggressive pace.