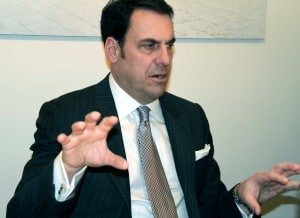 So, he says, every new car, truck or crossover will have to pass through a rigid evaluation procedure Reuss has created dubbed the “Knothole Process” — even if that means some models will wind up being yanked from the line-up.

“We’re not going to put cars into our portfolio if they are just competitive,” said the long-time engineer, during an exclusive interview with TheDetroitBureau.com.  Why, he asks, would a loyal Toyota or Honda customer even consider a GM vehicle if the U.S. maker can’t offer something significantly better?

The Knothole Process has already resulted in a number of GM products being delayed or killed off entirely, Reuss revealed.  It was the primary reason why the launch of the U.S. version of the Chevrolet Cruze was delayed – though GM’s bankruptcy also was a factor, said Reuss – and led to the maker deciding not to sell the Chevy Orlando crossover in the North American market.

In its original form, said Reuss, Cruze “wasn’t something anybody would be proud of.”

At least two other products have been scrubbed because they failed to pass muster, Reuss hinted, declining to name the models.  Others have also been delayed.

The Knothole Process was inspired by former GM “car czar” Bob Lutz, who spent his decade with the giant maker struggling to refocus its product development operations.  One of the steps Lutz took was to bring in a handful of former automotive journalists, such as one-time Motor Trend Editor Jack Keebler, to give the company a less biased view of how General Motors products compare to key competitors. 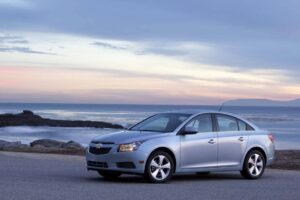 The Chevy Cruze was delayed by the Knothole Process until a number of problems were resolved.

With the Knothole Process, the evaluation process is a little more formalized though, Reuss suggests, it is anything but rigid.  “Experts in every field of the car development process” take part in the evaluation process, which takes place at several key points during the path between concept and production.

“The perpetuation of excellence and the destruction of mediocrity will be the most important things enabling us to win” back customers, said the 47-year-old executive.  If GM doesn’t maintain a rigid discipline, he quickly adds, mediocrity “will creep back in.”

In fact, Reuss, whose father served as GM president in the late 1980s, says that it will take significant corporate willpower to resist the pressure to put quarterly profits above all else now that the automaker is being publicly traded again and subject to the rapid-fire scrutiny of analysts and investors.

While Reuss insists the new GM philosophy is to “be the best, or we’re not going to do it,” he also admits that it will take time to convince potential buyers of this change in strategy.  “We’ve got a lot of work to do” to improve the market’s perception of GM.

The new team led by Joel Ewanick, now global marketing director, and Chris Perry, his top lieutenant in North America, has been doing a good job getting the message out,” insists Reuss, though he quickly acknowledges, “You don’t make an ad or two and call it a day.”

It will be particularly difficult to turn things around along the coasts, GM officials say, where imports firmly dominate.  In some regions, such as the New York suburbs of Long Island, the U.S. maker’s market share is hovering in single digits.

In the recent past, notes Reuss, as GM has lost share along the coasts, it has pulled back, focusing its marketing efforts on regions – like the Midwest – where it is still a contender.

“Bad play,” the executive said, during a second interview.  “That doesn’t do anybody any good.  We have to go after those places where we’re not strong.”

While GM products will now have to go through a tough evaluation process, Reuss believes the company needs to take more, rather than less, risk, with products like the Chevrolet Volt.  The “mindset” that led to the plug-in hybrid’s creation is infectious,” he said.  “It’s not about taking stupid risks, but we can and should take risk.”