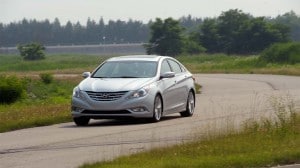 The Hyundai Sonata delivers the highest score ever in the annual Total Value Index.

When asked who delivers the most value for the money, some of the traditional Japanese favorites are losing ground, according to a new study by California-based Strategic Vision, which notably found that Ford Motor Co. has surged ahead of American Honda for the first time.

Volkswagen still tops the charts in the firm’s annual Total Value Index, but in another surprising shift, the new 2011 Hyundai Sonata sedan delivered the highest score ever recorded the 14 years of the TVI study.

Ford’s ascent echoes the findings of a number of other recent reports which have praised the Detroit maker’s quality, reliability and features. 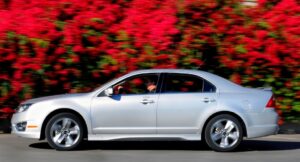 But if any brand comes close to stealing Ford’s thunder it’s Hyundai.  The Korean carmaker took three segment awards, with models including the Genesis luxury sedan, Tucson crossover and the new Sonata.  The latter model technically didn’t even qualify for the 2010 SVI survey but scored so well that Strategic Vision created a special “Total Value Award” to honor its record score of 860 points.

Significantly, the next-highest score, 852, was for the Genesis.  For a non-Hyundai segment award winner, the top score was 821, for the Audi A8.

While Honda was bumped from second place, overall, by Ford, it still fared well, landing three segment winners, including the Civic, Accord Coupe and Ridgeline pickup.  And it tied in a fourth segment, the Odyssey minivan splitting that award with the Volkswagen Routan.

Detroit led or tied in eight categories.  Europeans and Koreans dominated the rest of the chart.

Strategic Vision had some unusually harsh words for the Japanese, who once dominated value-based surveys as much as quality studies – where they have also begun to slip.

Japan’s big three, Honda, Nissan and Toyota, “are all producing valued products, but they must all take notice and respond to where the consumers want to go,” the researchers emphasized, with General Motors and Chrysler also in for a cautious finger-wagging.