An investment of $300 million will add 300,000 annual capacity to the already booming Chinese market. 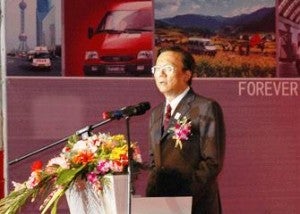 A small but potentially importand player in the Chinese comercial vehicle marekt is expanding.

Jinagling will make both the Ford Transit and Maverick models (Yihu in China, Escape in U.S.), and a JMC- branded car, the Yusheng.

The company is also said to be in discussions with Subaru to produce the Forrester SUV model in China.
JMC is a bit player in the Chinese market, which is running at more than 17 million units annually making it the world’s largest auto market by far. JMC currently has a yearly production capacity of just 160,000 vehicles. Last year JMC sold 88,000 vehicles.