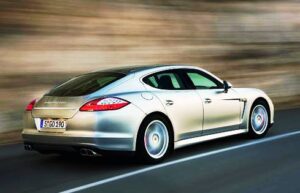 Porsche's Panamera is one of the European models that dominate the Top 10 list of finalists for World Car of the Year.

The multi-stage voting process plays out, appropriately, around the world, with the two Top 10 lists being each whittled down to a final three, those picks to be announced at next month’s Geneva Motor Show.  The winners will be named, in April, at the New York International Auto Show, the event that traditionally wraps up the spring auto show season.

Launched in 2004, the World Car of the Year project now includes 59 North and South American, European and Asian judges.  Their task is a tricky one in that it requires the jurors to look beyond their own borders at vehicles they may normally not see on their own local roads.  That tends to eliminate regional products from consideration, based on the WCOTY’s history.  It, in turn, seems to provide an advantage to those brands that market products on a truly global basis.

Notably, six of the 10 finalists for World Car of the Year come from Europe, including the new Mercedes-Benz E-Class and the latest Volkswagen Polo.  Only two are Japanese and one is Korean, the Kia Soul.  The full list after the jump:

As for the World Performance Car of the Year category, Europeans have an even stronger hold, with models like the Ferrari California, Aston Martin V12 Vantage and Lotus Evora grabbing nine of 10 spots.  The only Asian model was Nissan’s new 370Z.