Save the Earth Sues Honda for Trademark Violation

Green marketing runs over property rights in a complex case? 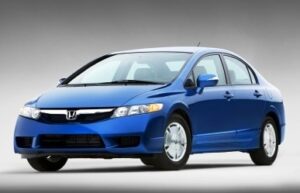 “American Honda merely depicted the commonly used expression ‘save the earth’ in our Civic ad."

An environmental marketing company, Save the Earth Enterprises, has sued American Honda Motor Company and its advertising agency, Rubin Postaer & Company, for allegedly using its “Save the Earth” trademark without permission in an advertising campaign for the Honda Civic.

The lawsuit, filed in U.S. District Court in San Francisco, seeks to recover Honda’s profits from the ad campaign and to stop future use by Honda of the Save the Earth trademark.

“The Honda ad campaign confused people into thinking that we endorsed Honda or were affiliated with Honda. We aren’t affiliated with them and don’t endorse them,” said Save the Earth Foundation president and founder, Neal Pargman in a statement.

Such claims will have to be  proven during an actual legal proceeding. And not surprisingly there are two very different versions of what is in contention here. Honda says the ads used the phrase “save the earth.” Save the Earth says, not so, the ads prominently depicted people wearing its trademarked t-shirts.

TheDetrotiBureau.com has thus far been unable to view the advertisement in question. We do note, however,  that Honda does not have the commercial available on its website, otherwise we would link to it and let you decide. 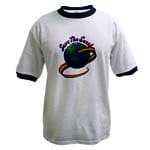 Can a phrase be a trademark?

Honda ignored “cease-and-desist” letters from the Foundation, Karl Olsen, the attorney representing  Pargman told TheDetroitBureau.com.  “Litigation is not something we take lightly,” said Olson. “We tried to work it out, but we were left with  no choice.”

With all companies now trying to portray themselves as “green” this matter of the commercial use  of a trademark that involves environmental claims is larger than this particular case. Green marketing claims as they increase will likely come under closer scrutiny in matters similar to this one.

“American Honda merely depicted the commonly used expression ‘save the earth’ in our Civic ad to communicate the concern for the environment felt by many people who purchase fuel efficient and low emission vehicles,” Jeff Smith from Honda told me.

“We are surprised and disheartened to learn that the plaintiff is attempting to claim sole ownership of a phrase which for decades has been a popular message employed in everyday use by environmentally conscious individuals and organizations around the world, as well as on numerous radio and television commercials and on many types of merchandise, including t-shirts,” he claimed.

Honda’s legal position is that automaker is using “save the earth” in a descriptive manner known as fair use.

“It would be akin to granting one person the exclusive rights to utter the words ‘blue sky,’ or ‘hard work,’ which is clearly not the intent of trademark law,” said Smith.

“American Honda believes that everyone, and not just the plaintiff, should have the right to remind people to do their part to help ‘save the earth,’ ” Smith concluded.

Olson respectfully disagrees and counters that this is not the same as fair use language that is often at the heart of  first amendment cases involving the media,  but rather a deliberate misuse of  the “Save the Earth” trademark in a commercial matter by a company trying to sell cars.

Well, that’s for a judge to decide, but I can’t help wondering if Japanese car companies after years of success in the U.S. market are now too sure of themselves in handling of customer and other complaints.

For model year 2008, the last year that EPA has complete formal production data, American Honda had the lowest fleet wide adjusted composite CO2 emissions and the highest fuel economy performance including both Honda and Acura vehicles.

Moreover, during the past 15 years, Honda has achieved the highest fleet-average automobile fuel efficiency of any automaker in the U.S.

In yet another dreary legal matter, Honda has proposed a settlement for a class action lawsuit filed by two owners of Civic hybrids who allege that their Civic hybrids were yielding “only” 31 mpg, not the 49 City, 51 Highway EPA ratings the automaker advertised.

The lawsuit, filed in U.S. District Court for the Central District of California, names two plaintiffs, and also supposedly covers 120,000 other owners of 2003 through 2008 Honda Civic Hybrids.

Critics of such class action suits point out, with much justification, that they are often abused solely for the enrichment of lawyers. This case appears to be a classic example of that.

While Honda dismisses the claims of this suit – it says it relied on government data, as do its competitors, and insists it has done nothing wrong — the automaker is nonetheless proposing a settlement. However, it is not one many people seem to like.

John True, of Ontario, California, will receive $12,500, while the other named plaintiff, Gonzalo Delgado, of Chino Hills,  will pocket get, if — big if — the settlement is approved by the court. And the other 100,000 unnamed owners?

They will get a $1,000 coupon, which they can use to purchase a new Honda, excluding the Honda Insight, as well as several other higher-mileage models, such as the subcompact Fit – and the newest version of the Civic Hybrid. To complicate matters further, an owner must trade in their Civic Hybrid. If not, the value of the coupon drops to $500.

The only ones making any real money here are, once again, the plaintiffs’ attorneys, who will get cash — $2.95 million.

Well, let’s see — Honda is in the business of doing what?

And lawyers are in the business of collecting fees.

No truth to the rumor, we are told on background, that Honda is developing a new high mileage car that burns legal briefs and press releases from class action attorneys.

Now, that could really “save the earth.”