A crucial test for the Obama Administration on trade policy is coming by the September deadline for Presidential action. 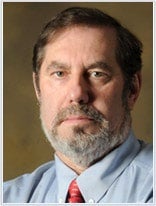 During the last five years, about 5,100 U.S. tire workers lost their jobs.

The U.S. International Trade Commission (USITC) said yesterday it will propose to President Obama that tariffs be implemented by the Administration on the 46 million tires imported annually from China.

The latest action follows the Commission’s June 18th ruling that a market disruption exists, and it is harming U.S. industry.  Simply put, without getting into a meaningless legal definition debate, we interpret this as saying China is dumping tires illegally in the U.S. under international trading rules.

The ITC investigation was prompted by a union complaint from the United Steel, Paper and Forestry, Rubber, Manufacturing, Energy, Allied Industrial and Service Workers International Union (USW). The USW complaint asking for tariff relief was filed under Word Trade Organization rules that China has agreed to be governed by.

The USW filed a petition with the ITC in April that sought relief under Section 421 of the Trade Act of 1974. Section 421 is a temporary, country-specific safeguard that China agreed to as part of its bilateral trade negotiations with the United States leading to China’s 2001 membership in the World Trade Organization.

The USW petition claimed that imports of tires from China increased from 2004 to 2008 by 215% in volume and 295% by value. In 2008, China exported to the U.S. nearly 46 million tires with a value of more than $1.7 billion, making it the largest source of consumer tire imports. While imports nearly tripled by value during the surge period, domestic production of consumer tires declined by more than 25%.

During the last five years, about 5,100 U.S. tire workers lost their jobs as a result cutbacks in domestic production that coincided with the skyrocketing increases in imports of tires from China. About 3,000 more jobs are slated to be lost by year’s end, since three plants are threatened with elimination, according to the USW.

In testimony over the dumping allegations the USW said we “made concessions in our contracts, we have deferred wage increases to support the continuance of benefits for our retirees; we have cooperated to improve productivity.”

The ITC’s economic analysis says that the recommended tariff will provide significant beneficial effects to the domestic industry and its workers, while having relatively insignificant costs to consumers.

U.S. law requires that when the ITC finds market disruption to a domestic industry and its workers, it must recommend a remedy to the President, who then will address the market disruption. The President has until September 17 to decide what, if any, relief will be provided.

Like so many candidates, Senator Obama talked tough about protecting U.S. jobs and trade during the campaign, but there’s been slight evidence that President Obama differs in any significant way from the Bush Administration’s disastrous economic policies on trade. The Steelworkers, of course, were one off candidate Obama’s strongest supporters.

The ITC recommendation to the U.S. Trade Representative, due by July 9th will propose that for a three-year period an additional duty, on top of  the current rate of duty, be placed on imports of certain passenger vehicle and light truck tires from China. This duty would be 55% in the first year, decreasing to 45% in the second year, and then 35%.

Leo W. Gerard, USW international president, said the “remedy vote by the ITC is a great victory for the USW, its members and for all U.S. tire workers.  The tariffs voted by the commissioners should remedy the market disruptive surge in Chinese tire imports that have caused harm to the domestic industry.”

The USW president said he anticipates when President Obama receives the final recommendations from the U.S. Trade Representative on September 2nd, he will agree with the findings and support enforcement of the recommended tariff levels. “It is time for the promise of enforcing U.S. trade laws to be fulfilled,” Gerard said.

The U.S.-based unit of China’s largest tire manufacturer expressed disappointment Monday in what it called “a protectionist decision” by the International Trade Commission, as it tried to change the subject.

“The duty will not have the effect of increasing domestic production of low-cost tires — it simply will not help U.S. workers. Rather, the result will be that American tire manufacturers will continue to focus on premium tires, as they have said they will do,” said Vic DeIorio, executive vice president of GITI Tire in the U.S.

“If there is a barrier placed on tires produced in China, U.S. manufacturers and distributors will simply increase importation of tires from other countries, such as Venezuela. What’s more, duties will result in higher tires prices for American consumers at a time when they can ill afford it,” DeIorio added.